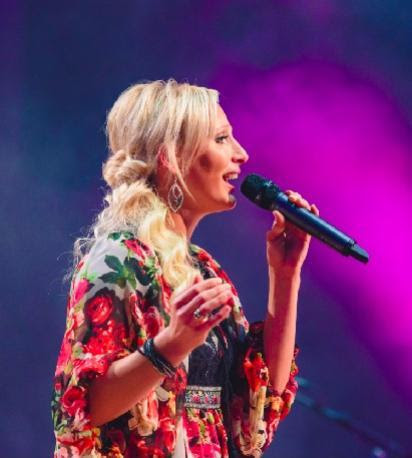 The stirring song became the emerging recording artist’s second Number 1 hit, landing at both the Independent Christian Radio Chart’s (CRC) Contemporary Christian Music chart and the CRC All Songs chart for the week of November 14, 2016. “Soldier” follows in the footsteps of “Ray of Light,” the title track from Floyd’s debut CD, which reached Number 1 on the CRC Contemporary Christian Music chart, as well as the CRC All Songs chart, during the week of October 10, 2016.

Fans can view the video at newreleasetoday.com/videodetail.

“I am so excited to share the ‘Soldier’ video with everyone on NewReleaseToday!” says Sommer. “I realize there is no way that I can truly understand the life of a soldier, but I felt like God laid it on my heart to write this song. The lyrics just poured out when I was thinking about the struggles that these brave men and women go through. My prayer is that when people watch the video, their hearts are filled with compassion, respect and gratitude for these men and women who sacrifice ALL to protect our freedom.”

NewReleaseToday is also featuring a new front-page interview with Sommer, and is offering a free download of her latest radio single, “Drop and Run.” Fans can download “Drop and Run” at newreleasetoday.com/freemusic.php.