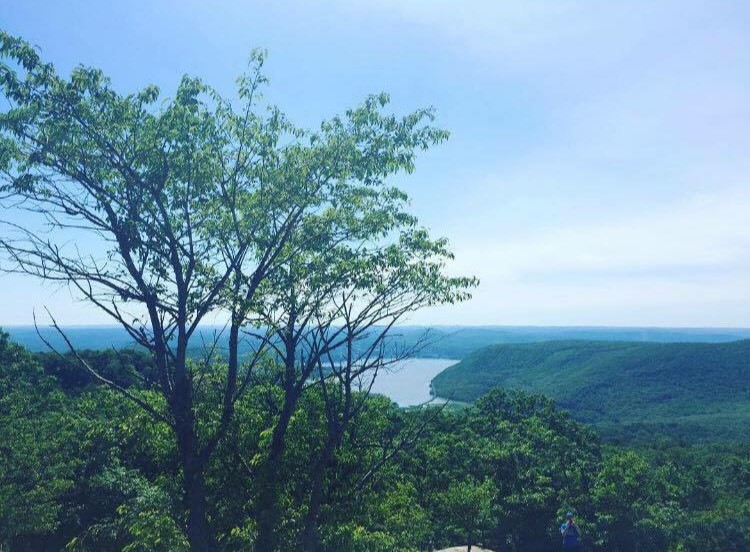 You know when you’re a little kid and you just love to make yourself dizzy? You spin around, around, and around until you get super sick. You stop and the world around you is spinning and spinning and you feel completely lost and you can’t find your focus. Your balance is off, your mind is off, and a sense of peace is off. Well, this is what I’ve been feeling like this past couple of weeks. It’s really made me step back and rethink many things and situations.

I’ve felt partially stuck but also partially running out of momentum, like I’m running on E. I guess mentally I was stuck, but emotionally I was exhausted.

A thought came into my head to literally take a leap of faith and leave a place that I’ve been for so long. This thought really scared me. It’s something I’ve always subconsciously considered but never “really” considered so seriously. That’s when I knew that thought was from God. Now, I have true faith and try to trust in Him with all that I have, but this was the first time I would really obey God and what He told me to do. Regardless of what this would mean for me in the future. Specifically, my near future, as in two weeks from now. I knew this was the time to truly trust in Him with everything that I have, knowing that He will provide for me in every which way I can imagine. He has never let me down before and I’m positive He won’t start now.

I took the leap of faith and my heart dropped.  I wrote a letter of resignation to a place that I called home for four and a half years. That moment was so indescribable. A weight had been lifted but I also felt a sense of emptiness. The emptiness was equal to a feeling of being completely weightless, like if you ever jumped off a cliff into a big body of water. It’s like your free falling for a couple of seconds that feel like dragged out  minutes. It was just that feeling. I also found a small voice in my head whisper  “What have you done”?  But I knew I was right. God doesn’t want us stressed, emotionally battered, taken advantage of, or even being consumed by such toxicity. These are very blunt terms, but my four and a half year home left me feeling like just that.

I felt like God was sending me confirmations all weekend long (before the day I sent the letter). He sent my first confirmation through our message at church about David and Goliath. Our guest pastor spoke about being afraid and that fear is the result of not truly believing and trusting in the one true God, our Father, our King. We are forgetting who He is and what He has done. I knew God wanted something more and something better for me. But he wanted me to jump and trust

Jump and Trust. That’s something we are all scared to do, We all like to talk a great game at making others believe that we would do it, but it is very rare that we actually do. I feel so good about my decision, but there is a sense of fear that creeps up sometimes but I knock it right back down.

The other confirmation was a song. My friend sent me a song to listen to right when I told her what had happened and the decision I had made. It’s called “Voice of Truth” by Casting Crowns. The lyrics go like this ;

To step out of my comfort zone

Into the realm of the unknown where Jesus is

And He’s holding out His hand

But the waves are calling out my name

And they laugh at me

Reminding me of all the times

I’ve tried before and failed

The waves they keep on telling me

But the voice of truth tells me a different story

The voice of truth says, “Do not be afraid!”

The voice of truth says, “This is for My glory”

Out of all the voices calling out to me

I will choose to listen and believe the voice of truth

How fitting are these lyrics? It’s exactly what I feel. It spoke volumes to my soul and solidified that obeying God has been the best decision and it has never failed me. We just have to know that when God tells us to do something, we need to do it. Obey! Just jump and Trust that He has his hand on your shoulder saying” I’ve got you”!