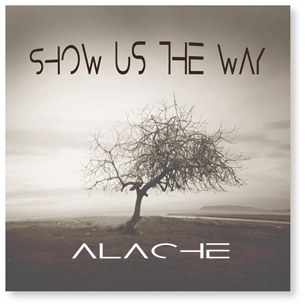 It’s no secret that the United States is experiencing a major shift in power. In many areas of the world, countries are in a state of flux. During this time of uncertainty for many, Contemporary Christian Artist Alache’ seeks to provide a dose of musical hope with her new song, “Show Us The Way”. Beckoning God for guidance, the up-tempo track keeps the listener’s focus where believers’ faith should lie. The song was written by the artist and releases on Inauguration Day, Friday, January 20th. The track is currently on Soundcloud and will be available for purchase on iTunes, Amazon, Google Play and other digital music outlets on January 27th.

“‘Show Us The Way” is a celebratory song about needing God’s protection and direction,” says Alaché. “It’s a reminder that we need God in these uncertain times. Some are fearing what’s to come and there is anxiety in the air. I want to remind believers, through this song, that if we allow God to take control, everything will be alright. With His light showing us the way to go, we will make it,” says the singer. Alache’ melds light pop sounds with electronic vibes providing a style that’s all her own. Produced by Dave Lindsey of Soul World Entertainment, the track is filled with high praise and positive energy.

The Nigerian-born songstress has been singing since the age of 10. She dropped her first release, Until Now, in 2010. Her sophomore follow up was The Chronicles of the Mrs., which included the track “Heaven’s Angel”, which featured Ron Kenoly, Jr., son of the praise and worship icon, and “Another Day”. Concept music videos were released for both tracks as well. The new track, “Show Us The Way”, will be on her upcoming EP, releasing in late 2017.

In addition to her role as a songwriter and singer, she’s an entrepreneur and radio show host. She owns Naava, a beauty and skincare company. Through her products, she aims to help women and men take care of their skin using natural organic products from the Motherland. In addition to running her company, she recently started a new show, The Alaché Show. Available on Alaché’s website and as a Podcast on iTunes, weekly the artist talks about topics relevant to her audience including relationships and prayer. For more information on Alache’, log on to www.alache.com.  Connect with her on Facebook, Twitter and Instagram.