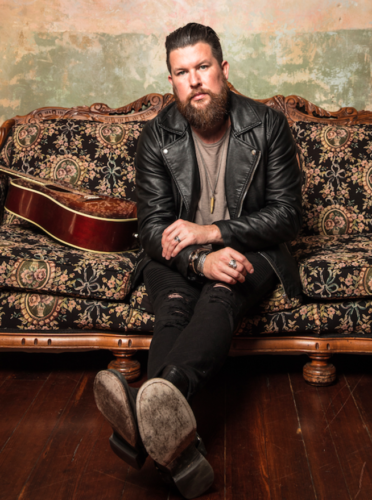 As 2016 came to a close, Essential Records’ artist Zach Williams was wrapping up an astounding year. Not only did he receive his first GRAMMY® nomination, he was also featured on numerous best of 2016 lists – while also topping their sales charts – with outlets such as iTunes and Amazon (for the “Chain Breaker” single and EP). Apple Music also named Williams their New Artist Of The Week, where editors handpick the hottest emerging acts on the rise.


Then on December 16 Williams made a surprise announcement by releasing his ten-song LP, Chain Breaker, available on all digital sales and streaming services. The physical album will make its debut this Friday, January 27.

Williams’ 2017 kicked off with his hit single, “Chain Breaker,” jumping back to No.1 on multiple radio charts and at press time, the single has been No. 1 for twelve weeks total and counting. Last week, he performed in front of about 5,000 people as the music guest at Tim Tebow’s SHAKEN event, held in Perryton, Texas. The two got to chat a bit during the event, pictured below.

TOUR: On January 25, Zach Williams will join Big Daddy Weave on their Set Free Tour, which will run through March 18. He will then join Chris Tomlin’s 23-city Worship Night In America Tour, which kicks off April 4 and runs through May 13. For the most updated tour information, please visit his tour page.

GRAMMYs: Williams received his first GRAMMY nomination for his hit single, “Chain Breaker,” in the Best Contemporary Christian Music Performance/Song category, which acknowledges both the artist and songwriter(s). Williams co-wrote the song with Mia Fieldes and Jonathan Smith. The 59th Annual GRAMMY Awards will be held live on Sunday, February 12, 2017 on CBS. For more information please visit Grammy.com.