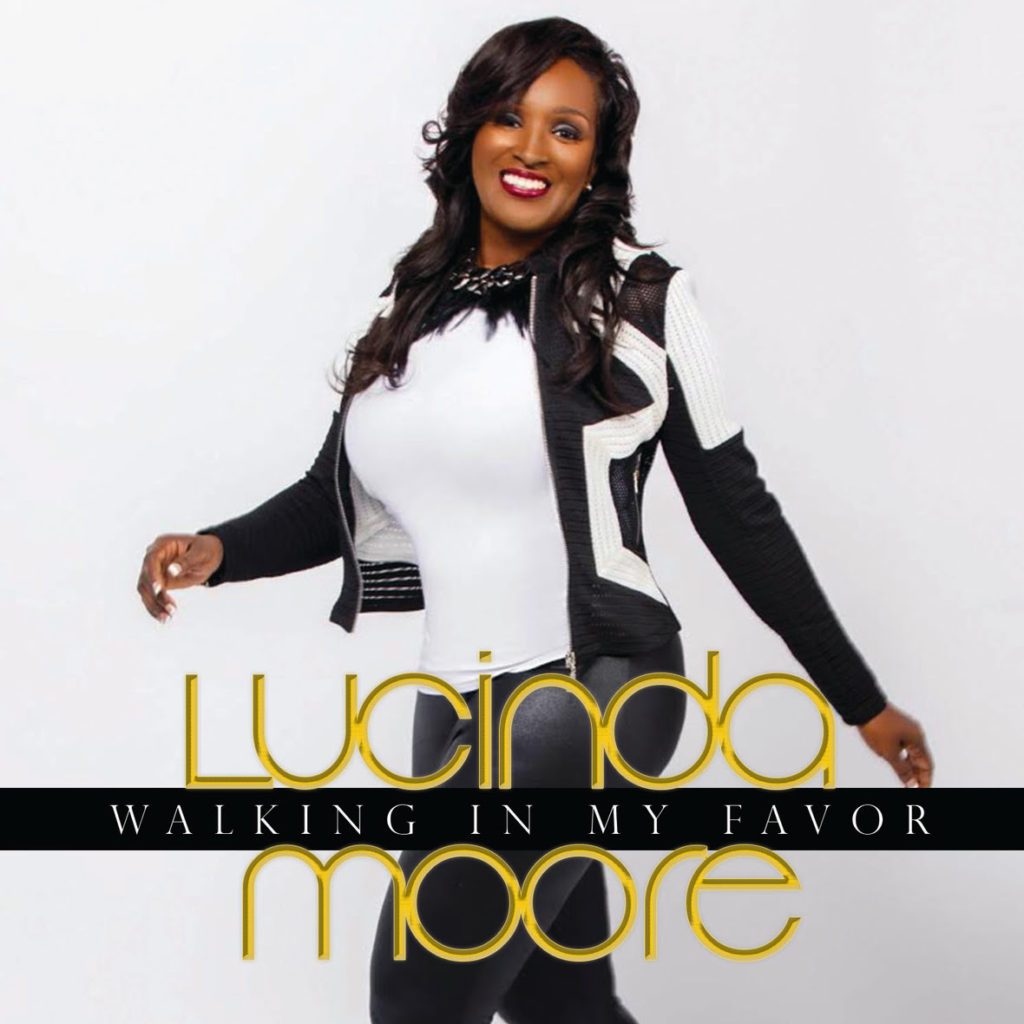 After a six year recording hiatus powerful independent gospel recording artist, songwriter, arranger and entrepreneur Lucinda Moore returns to the music industry by making her first official public appearance over the weekend at the annual BMI Trailblazers of Gospel Music Honors event in Atlanta, GA. Moore’s appearance on the red carpet came with excitement from press as she discussed the anticipation of her long-awaited new radio single “Walking In My Favor.” The song is written by Moore and produced by Cedric Thompson (Heather Headley, Vanessa Bell Armstrong, LeJune Thompson).

Lucinda is primarily known as a traditional gospel singer with a big voice suited for leading large choirs, which includes the vocal prowess of one of her all-time favorite Richard Smallwood songs “Total Praise.” She is now expanding her musical horizon with an all-new contemporary radio single, which is set to impact Gospel radio on January 23rd. “Walking In My Favor” is an upbeat mid-tempo tune that guarantees to have listeners grooving to the prolific sounds and vocals of this Stellar Award winning artist.

A native of Bridgeport, Connecticut, Moore began singing in church in early childhood. By her early teens, she was singing lead in local choirs. Her professional career began a few years later when she netted a position as backing vocalist for one of her influences, the incomporable Tramaine Hawkins; a post she held for five years.

After several more years of performing with multiple gospel vocal groups, large and small, she self-released her first solo recording, an EP titled Unlimited Praise, in 2004. That led to a record deal on Tyscot Records. The label released her self-titled debut Lucinda Moore in 2006. The album landed in the Top 20 on Billboard’s Top Gospel Albums chart and spawned the hit single “Pressure Into Praise” which reached #13 on Billboard’s Hot Gospel Songs chart and spent 20 weeks in the Top 30. Lucinda also recorded a re-make of the popular Vickie Winans song “Safe In His Arms.”

In 2010 Lucinda released her sophomore project Blessed, Broken & Given (Tyscot Records), where it reached #13 on Billboard’s Top Gospel Albums chart. Moore won a Stellar Award in 2011 for Traditional Female Artist of the Year. To date, the singer has continued to perform live across the country as an in-demand artist and is working on more music as she preps for a new album this year and an autobiography titled Turn Your Pressure Into Praise as well as a shoe line she recently launched.

Lucinda has worked with the likes of VaShawn Mitchell, Rick Robinson, and contemporary Christian artist Carmen to name a few and has contributed lead vocals on several Gospel Music Workshop of America Women of Worship Mass Choir projects, Bishop Hezekiah Walker’s Live at Radio City Music Hall: A Family Affair IIproject leading the popular song, “When We Get Over There,” Joe Pace and Colorado Mass Choir’s project Speak Life project, and Eric McDaniel’s Restoration project among many others.