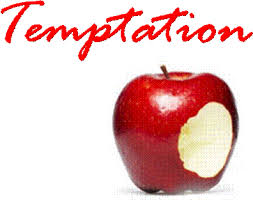 It always starts with a look;

You’ve always looked at it;

But never really paid it much attention;

Not until you saw something peculiar about it that one time;

You could hear it calling out to you;

Although it has no voice;

You could feel it drawing you close;

As if being pulled by an invisible string;

And though you looked away;

You could still see it on your mind’s eye;

You try to think of any other thing;

But it seems the harder you try;

The stronger the thoughts get;

And the clearer the image shows;

And you try until you can’t anymore;

Then you look at it again;

And say ‘what the hell?’

You feel your heart beating as you stretch towards it;

You tell yourself it’s out of anticipation;

You hear a voice screaming ‘don’t touch it!’

But you mute it and listen to the other one, urging you on;

And later say, you couldn’t help it;

But you knew you could;

You just chose not to.

Now you have to deal with the aftertaste of guilt;

So bitter you swear you’d never do it again;

Hating yourself for stooping so low;

And then feeling sorry for yourself;

For being weaker than you thought yourself to be;

And you forget how it hurt to feel guilty;

And it ceases to be a temptation;

But a calculated risk, an intentional decision;

Already prepared to deal with the bitter guilt pill;

And with each one added to the tally;

One doesn’t feel anything at all;

The conscience all numbed with excuses;

Justifying why it keeps happening;

Temptation by itself does no wrong;

But falling into its trap is transgressive;

Lust of the flesh and eye lures you to try just once;

And you wonder what harm one look or touch would do;

And before you realize you’re neck deep in it;

Don’t give temptation an inch;

Because it will take you for a ride for a thousand miles;

Don’t give it a sneak peek;

Because it will keep playing even if you try to stop it;

Don’t give it a hearing moment;

Or else it will deafen you;

Don’t touch it to have a feel either;

It will burn you;

It may look juicy but it’s poisonous;

May seem pleasurable but it’s painful;

Don’t say you’ll roll your eyes away when it shows up;

Look not, hear not and touch not!