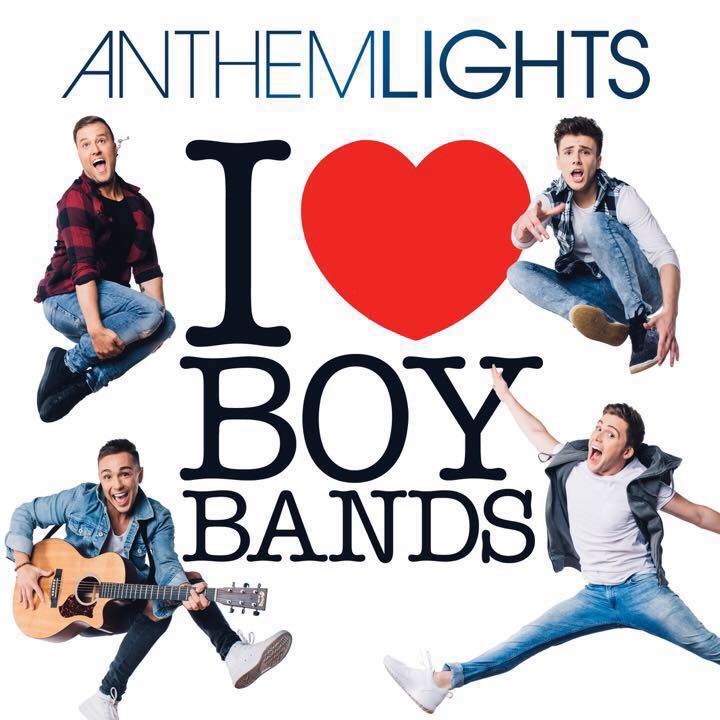 Anthem Lights released their new EP, I ❤️ Boy Bands, yesterday. They’ve also unveiled the video for the *NSYNC medley off the EP today, a video that is introduced by a shout out from *NSYNC’s own Chris Kirkpatrick. Check out the medley that includes “Bye, Bye, Bye,” “It’s Gonna Be Me,” “Tearin’ Up My Heart” & more below. Fans can purchase I ❤️ Boy Bands on iTunes here.

Anthem Lights’ brand new original album Painted Skies is in the works and will be released sometime this year. The album was funded by a miraculous successful Kickstarter campaign at the end of last year. Facing the task of raising over half of their $75000 on the final day the campaign seemed to be heading for an unsuccessful finish, before a mammoth last minute push from the band and their fans somehow managed to push them over and beyond the line. The final push was through a Facebook live stream from the band, and the moment the band reached their goal and couldn’t quite believe their eyes is quite a wonderful moment…The band recently released their Magical Medleys EP, a collection of 5 Disney covers/mash-ups. The video for the High School Music Medley, which features Alex G and a VERY special guest, can be seen below. Magical Medleys can be purchased on iTunes here.That’s not all though, as the band also recently released their new Christmas EP, Christmas Is Here. The video for the “Christmas Classics Medley” off the EP can be seen below and, as with the Magical Medleys EP, a number of other videos can be seen on their YouTube channel.