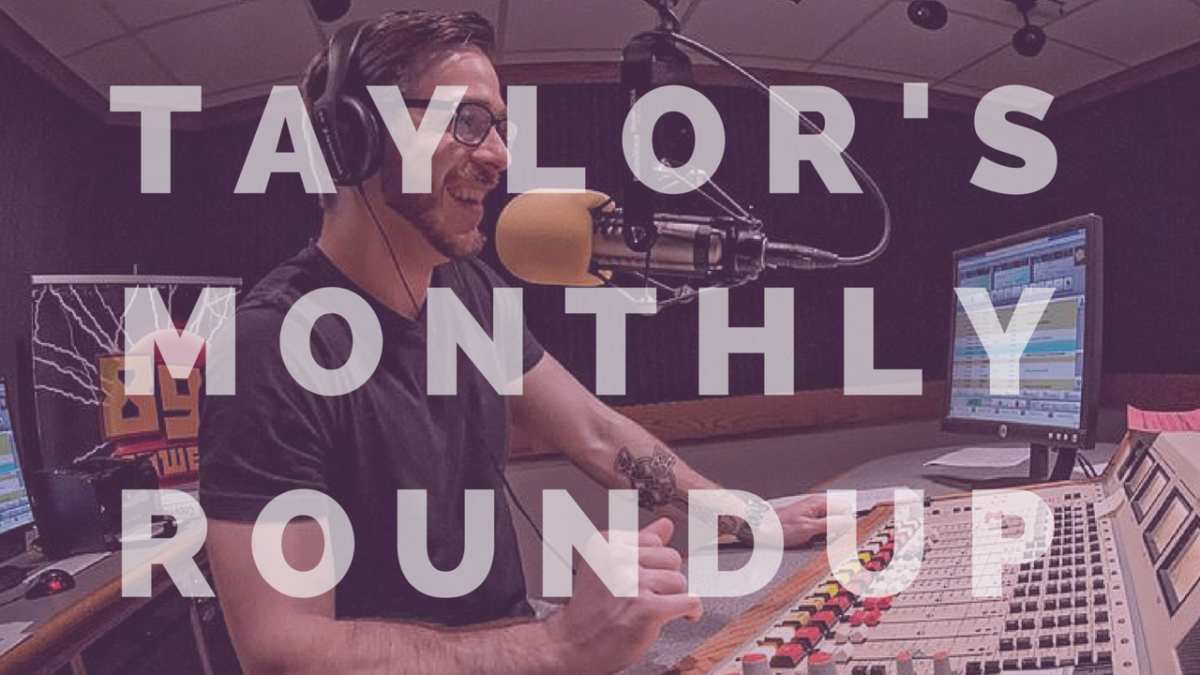 I have now been writing for JesusWired for just shy of two years. My very first post on the website was in January of 2015. Since then, I’ve written mini-reviews for 120 albums (125 if you count this post) and listened to hundreds more. It’s been a lot of fun having the opportunity to shine a light on artists who don’t get quite as much publicity as others. I don’t take platforms lightly, and I’m so thankful to the team at JesusWired for giving me one, even for just a couple years.

Unfortunately, it’s time for me to give up this platform.

Over the course of the last few months, I’ve been realizing I just don’t have as much time as I’d like to give to this column. Between growing responsibilities at work and more momentum with my personal writing projects, I’ve found myself with less and less time to seek out new releases and write compelling reviews of them. I could keep doing this if I absolutely needed to, but it just wouldn’t be as good as I’d like it to be.

And so this will be my last Monthly Roundup. I’ll have a Top 10 of 2016 post toward the end of this year/beginning of next, and then after that, you’ll have to stalk me on Twitter for my opinions on Christian music (which I actually welcome). I’ll have info on how to keep up with me at the end of this post, but for now, let’s get to the music. 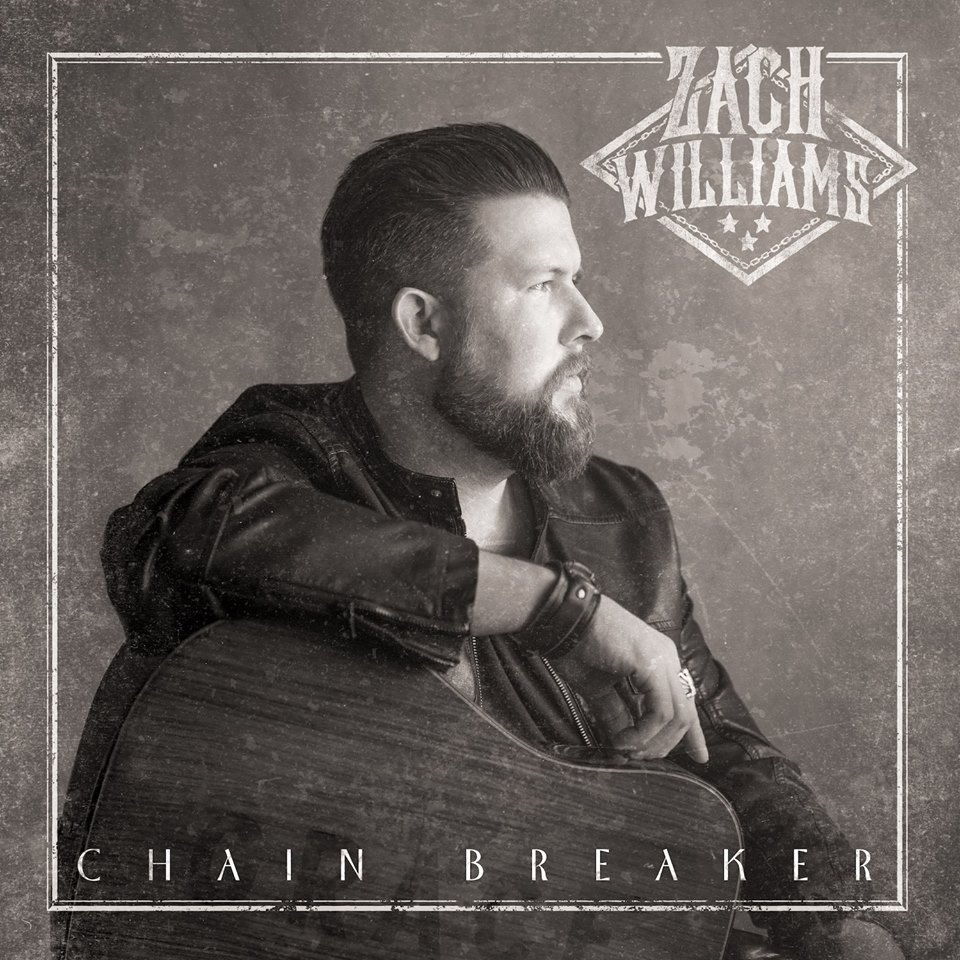 In this age of hype, where bands release preview singles and then wait over a year to drop the full album, where authors wait for ages to publish anticipated sequels, and where Marvel tells us the next forty-seven movies they plan to release, it’s nice to get a surprise. You’re so busy trying to remember what albums were announced back in 2015 that will finally release in the next couple weeks, and then out of nowhere, somebody just says, “Eh, I couldn’t wait that long. Here’s a full-length album.”

That’s what Zach Williams did. His debut full-length Chain Breaker wasn’t supposed to come out until 2017, but after the title track absolutely blew up, he decided he was through with all the buildup and just dropped a fresh project right in our laps.

Zach’s voice is delightfully raspy without sacrificing a real sense of melody, and it really pushes this collection of energetic southern rock songs over the top. 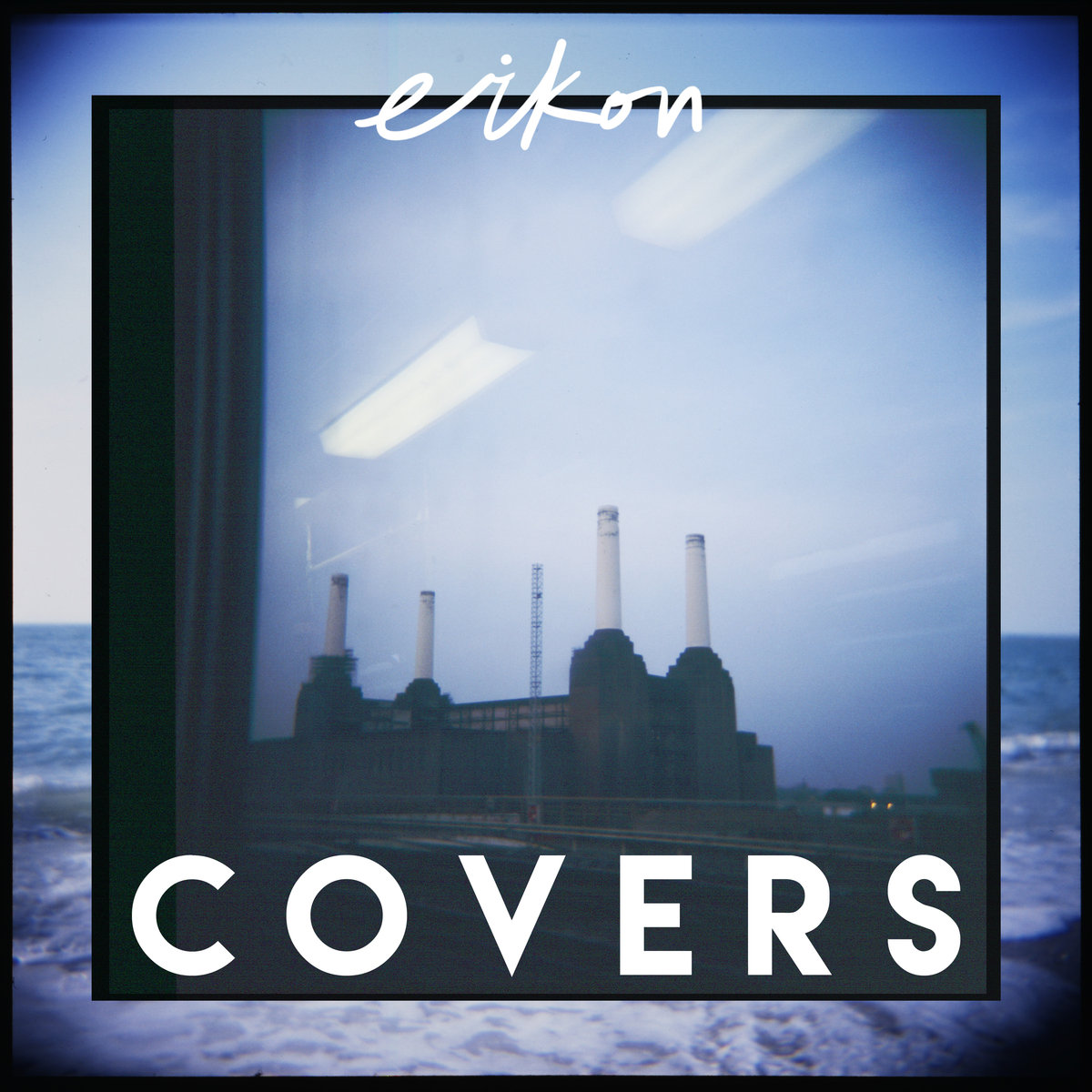 Eikon is a band I’ve been wanting to highlight for a while, but they keep on slipping through the cracks, mostly because the vast majority of their releases are just singles instead of full-length albums.

Fortunately, they put out a full-length album just in time for Christmas and my last roundup post with JesusWired. It’s like they did this just for me. In fact, they probably did.

With Covers, Eikon takes their signature atmospheric, multilayered electronic sound and applies it to classic hymns and modern worship tunes.

You might never have thought you wanted to hear a funky bass line and whirling synths set under When I Survey The Wondrous Cross, but you’ll realize how badly you’ve been missing it after you listen to Covers. 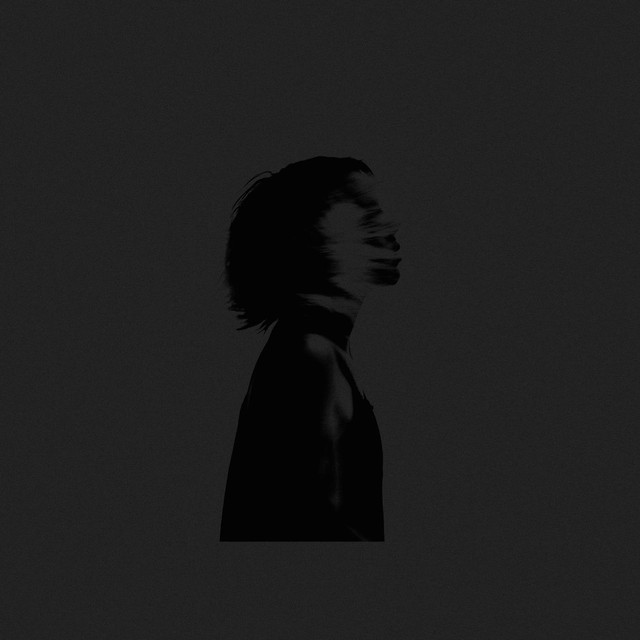 The Ember Days’s 2015 release Valitus was one of my favorite albums of the year, an etherial worship album with soaring guitars and flowing piano parts.

Shortly after releasing the album, the band announced they were calling it quits. I hated to see them go, especially since it seemed like they had nowhere to go but up. Still, that’s the way it goes sometimes. It’s hard to keep a band together for a long time.

Fortunately, as one last parting gift, The Ember Days has released a short little EP of B-sides from the fantastic Valitus. They fit right in with the musical feel of the band’s final full-length project, and I’d even venture to say the first track, Refuge, is even better than most of the songs on Valitus.

Phinehas – Fight Through The Night 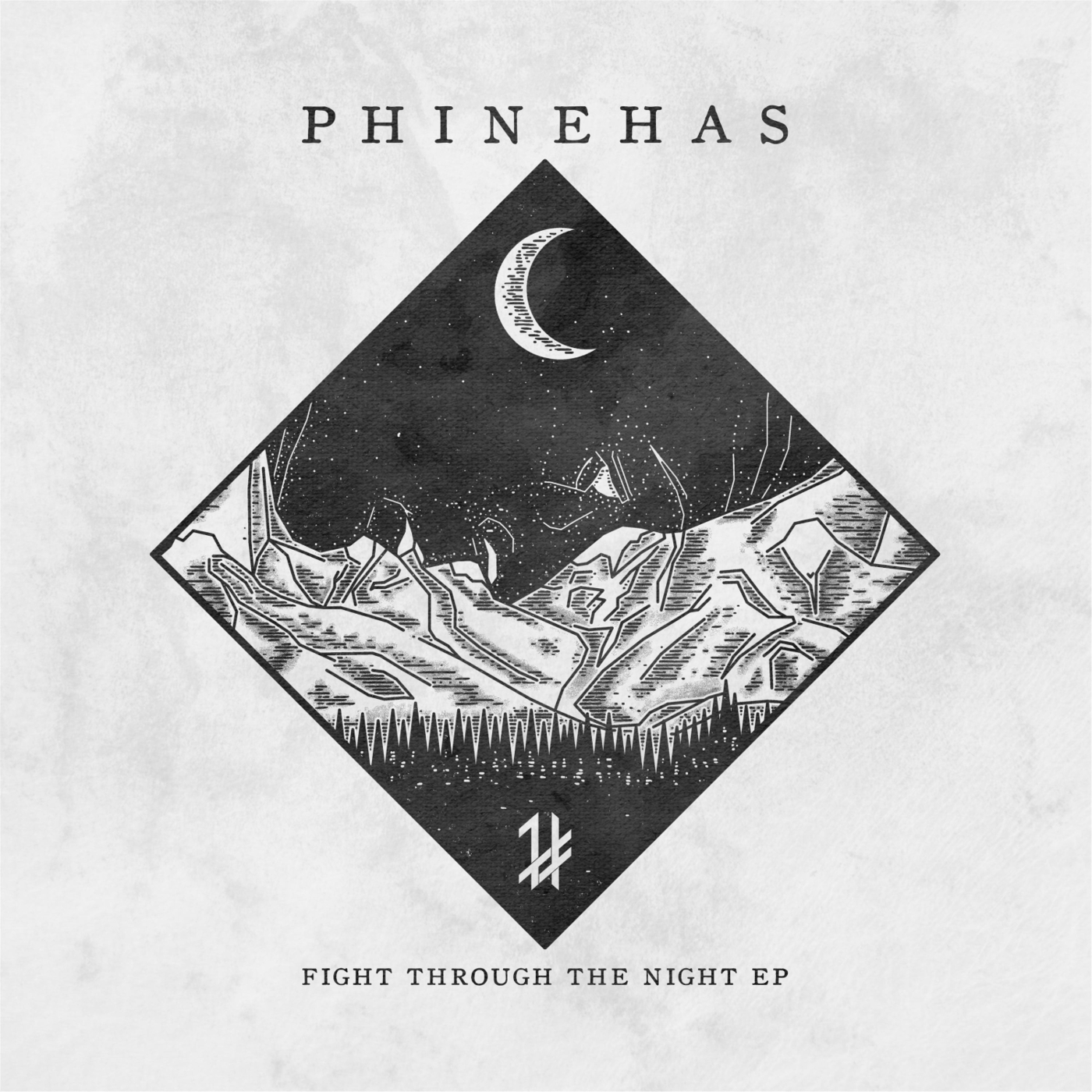 Fight Through The Night is a change of pace for Phinehas. If you’re not familiar with the band, you know that the average listen will treat you to all the staples of high-quality metalcore: thundering drums, heavy on the double-kick, blistering, syncopated guitar parts, and harsh, growling vocals with the occasional clean chorus.

Fight Through The Night highlights a different side of Phinehas, with acoustic renditions of a few of their songs, as well as a couple new tracks written specifically with acoustic instrumentation in mind. It’s a simple album, with most tracks featuring little more than a single acoustic guitar and vocals. Occasionally, a piano or some strings will shine through. This is an intimate project that showcases Phinehas’s solid melodic sensibilities, and the aggressive vocals over simple instrumentation is a really nice contrast. 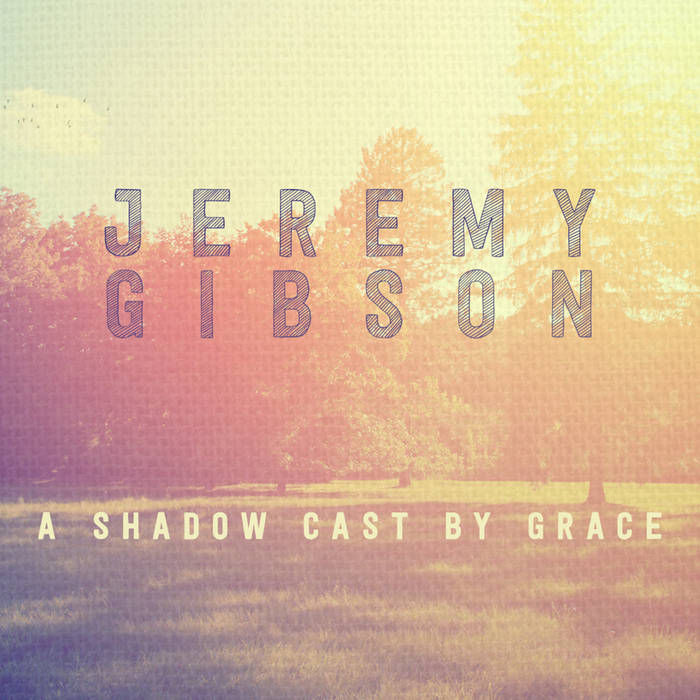 It’s hard to pin down exactly what Jeremy Gibson’s new album is. The one constant is that each song is a worship song, but this doesn’t fall neatly under the usual umbrella of Jesus Culture, Hillsong United, and the like.

There are plenty of musical calling-cards of modern worship music trends sprinkled around here, but there are also bits of rock, Brit-pop, and even jazz. A Shadow Cast By Grace is at its best when all of these elements happen within a single song, and the good news is that, while there are a few that feel like standard worship tracks, most of the album features at least a little genre blending, making for a really unique worship album experience, complemented by Gibson’s engaging vocals.

Download A Shadow Cast By Grace on iTunes here

And that’s it. Once again, I can’t thank Iain and David and the whole team at JesusWired enough for giving me a place to be a fanboy and talk about music. And if you’ve been reading these columns and checking out these bands and giving them your hard-earned money, thank you.

Obviously, I’m not done listening to Christian music and having opinions about it, and I do plan on posting some of those opinions every so often (especially if the opinion is This album is really good), so if you’d like, you are more than welcome to follow me on Twitter or keep up with me on Facebook.

And, like I mentioned earlier, part of the reason why I’m giving up these roundups is so I can devote more time to my personal writing projects. If you’re a fiction reader and are interested in books with post-apocalyptic pirates, inter-dimensional monsters, and/or a Christian worldview hidden in plain sight, feel free to learn more about my stuff on my website.

Okay, I’m done with the self-promotion. What were your favorites of December? Let me know in the comments!