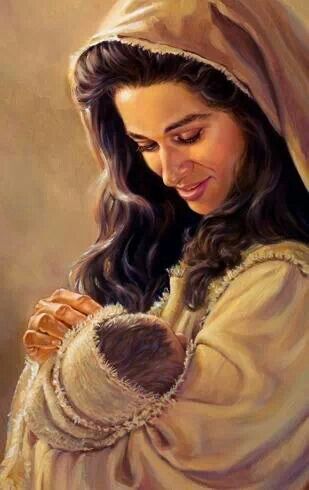 Virgin but pregnant. Betrothed to an honorable man who after some miraculous change of heart, decided to marry her after all. Her son has already been named. Jesus. She touched her tummy.

She felt honored by the angel’s visit. To be chosen by God Himself to carry His Son. He had called her Favored. Of all the maidens in the land, He chose her. She would be the mother of God. Her name would be mentioned centuries after she was gone because of Him. Her unique story will never fade on history’s pages.

If only those who were watching her with suspicious and mocking eyes would see it that way. The whispers that followed her on the streets. Those wishing Joseph would publicly disgrace her for the fruit of her misdeed. Those who knew her to be a virtuous woman and yet confused about her situation. Whether to sympathize with or shun her.

Maybe her life would have easier if she wasn’t the chosen one. She would have married by now and greeted respectfully on the streets. Whenever such thoughts flickered in her mind, she would feel a sudden movement in her belly.

Forgive me, she would mutter, brushing her palm over her tummy. She would remember the angel’s words and encourage herself. Whenever she said her daily prayers, she would feel Him go still. Was He listening to her? Who was she praying to? The God above or the God within?

She remembered her encounter with Elizabeth. The angel had told her she was with child. How was that possible when she was well past the age? She had to see for herself and rejoice with her.

And how happy that moment was! Elizabeth had felt her baby leap inside her at Mary’s greeting and when they hugged, she felt it too. The God who had chosen her had visited her relative too. Blessed are you among women and blessed is the fruit of your womb, Elizabeth had said to her. She felt at peace. She was at a place where she wasn’t judged or mocked. Their fates were sealed by the babies in their wombs. Extraordinary mothers-one without the seed of a man; the other carrying a baby in a womb too old and weary for that purpose. At last, she wasn’t going to be called Barren anymore.

How was she going to raise him as a child knowing who He is? Would He cry and throw tantrums like any other baby? Would He run a temperature? Was she to scold Him when He misbehaved? But who would He even misbehave?

Alone with Joseph and the donkey at the stable, holding Him in swaddling clothes, she stared into His eyes. He was so calm. She touched his skin. So soft. She was holding God’s Son in her arms. She kissed his face. She felt blessed to be the one who could kiss His face. She stared at Joseph.

Thank you, she said. He nodded.

The first part of the challenge was over. She had brought Him into the world. The second part would be harder. Watching Him grow and manifest Himself. How long would He walk the earth? She shouldn’t bother about that now. She should just enjoy the moments as they happened, she thought.

Out of nowhere, shepherds came to see the baby in the manger. How did they know? Of course, the angel. Then came the wise men with their gifts. She held on to every memory like priceless treasure.

The journey hadn’t been easy but it was all worth it.

Ever imagined how Mary’s life was as Jesus’ mother?