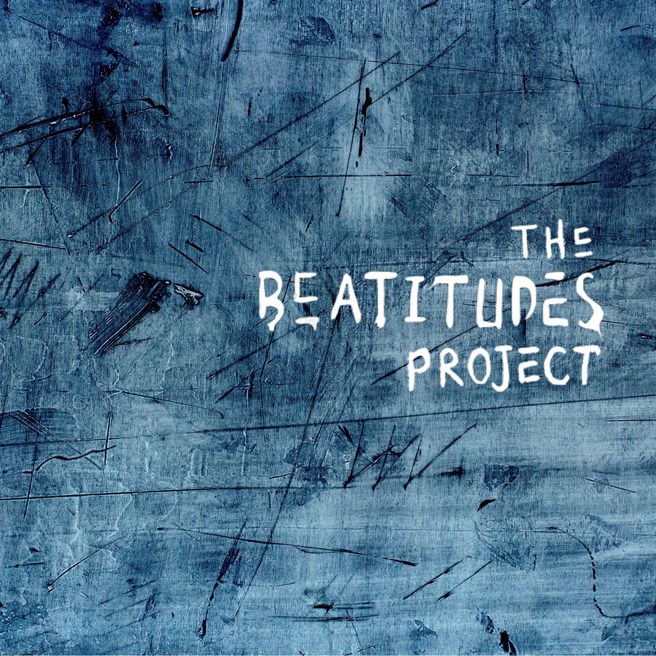 Set for release spring 2017, The Beatitudes Project – a book: Words From the Hill (An Invitation to the Unexpected) from NavPress, a full-length album: Beatitudes with The Fuel Music, and a documentary film currently in the works – reveals a wide world of connected stories: real people from all faiths and walks of life who embody mercy, poverty, meekness, the hungry and thirsty, the peacemakers, the mourners, and the pure in heart—as seen, heard and experienced through a twenty-first century lens.

Over a decade in the making, the project is the culmination of guitarist, songwriter and author Stu Garrard’s (Stu G) excavation of these “blessings at the bottom of life.” For the album, he explored in community with like-minded artists across a wide swath in the musical landscape. Celebrated artists like Amy Grant, Michael W. Smith and Martin Smith join singer/songwriters like Matt Maher, Audrey Assad, John Mark McMillan, Joel Houston and Amanda Cook and innovators like Propaganda, All Sons & Daughters, Terrian Bass and The Brilliance—artists who collectively have sold more than 62 million records, won 11 Grammy, 90 Dove Awards and amassed dozens of hit songs and millions of followers on social media—to unearth the words of Jesus in unexpected ways.

“The Beatitudes Project is meant to be a reset button in a world plagued with violence and division,” says Stu G, who also authored the book. “These upside-down Jesus announcements on a hillside by the Sea of Galilee in Matthew 5 where Jews, Greeks, Romans and people of all ethnicities were gathered are a reminder that there is another way.”

As ecumenical in nature as in spirit, The Beatitudes Project is an invitation not only to the internal work of getting to know our own lack and ache, showing ourselves mercy and finding peace, but also to the external work of the same; to be present among the people whom Jesus pronounced as blessed.

The first public introduction to The Beatitudes Project premieres today from NoiseTrade, which is offering free for a limited time the first single from the Beatitudes album, “Oh Blessed,” from http://noisetrade.com/stugmusic/the-beatitudes-project. NoiseTrade is also offering the “Peacemakers—Living in the Contested Space” sample chapter from Words From The Hill and the film trailer that highlights some of the people and places Stu G visited on his quest that led to this project (this film is not yet titled) from http://books.noisetrade.com/stug/words-from-the-hill-preview. NoiseTrade is further emailing this offer to 1.3 million people.

“‘Oh Blessed’ is the introduction song to The Beatitudes Project and is the only song so far that speaks of all the themes in the Beatitudes,” adds Stu G. “When things are broken and when things aren’t working out, God is on our side and fully present with us. We can lift our heads and hear the invitation to carry on.”

Stugiology Music is a record label formed by Stu G, who is perhaps best-known as the guitarist / songwriter for the RIAA Certified Gold-selling, GRAMMY-nominated and Dove Award-winning British band Delirious?. He is also a founding member of One Sonic Society and recorded and released his first solo project in 2013, Of Burdens, Birds, and Stars. When not touring with Michael W. Smith or adding his sonic paint to Casting Crowns, Chris Tomlin, Matt Redman, Meredith Andrews, All Sons & Daughters, Amy Grant and many others’ recordings, Stu G is writing, recording, speaking, leading worship and working with JHS on a custom line of guitar pedals. He lives in Nashville with his wife Karen. For all the latest Stu G news and tour information, go to www.stugworld.com.

The NavPress mission is to advance the calling of The Navigators by bringing biblically rooted, culturally relevant, and highly practical products to people who want to know and love Christ more deeply. Through The Message Bible and other insightful resources, NavPress seeks to bring positive spiritual movement to peoples’ lives. In January 2014, NavPress entered into an alliance with Tyndale House Publishers to strengthen and better position NavPress and its rich content for the future. NavPress provides books and other content that bring spiritual impact, life transformation, and help lead in the mission of making disciples.