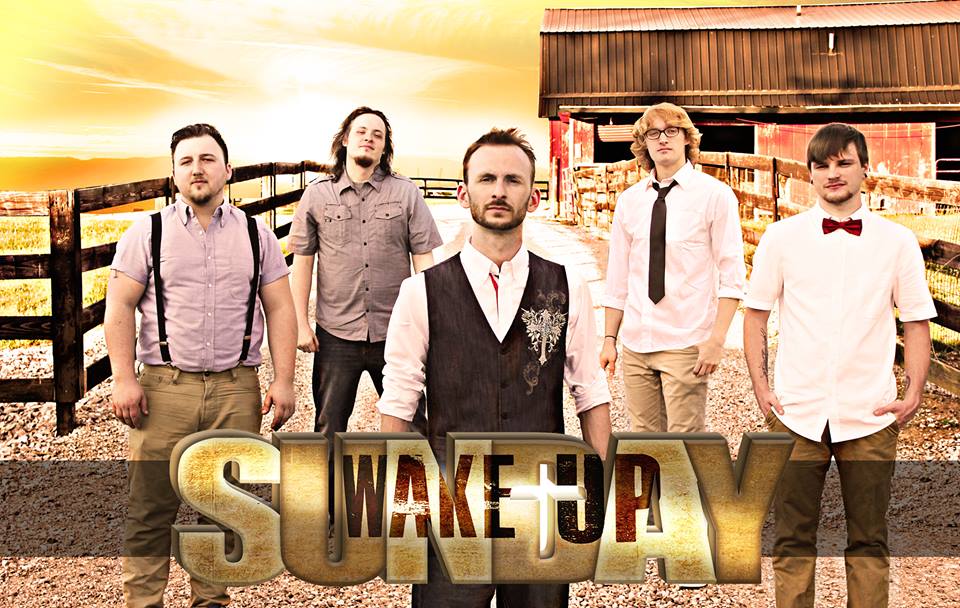 Wake Up Sunday’s Never Too Late single is impacting radio now. More about the song and band can be read below.

This Song holds a True meaning for me as one of the writers on this song. This song was inspired by my story. Where I lost my memory and had to pray everyday for God to bring it back.. And I fought depression and thought of killing myself.. God brought me through because It’s Never Too Late.

BIO. – Wake up and experience life – that is exactly what the guys of Wake Up Sunday are doing when they share their music. These progressive Christian rockers from East Tennessee bring God’s message in a real and relevant way. Their songs aren’t simply written, they’re lived. Band members Matthew Edward, Dustin Lambdin, Dylan Yeazel, Tyler James, and Dylan Tiller bring their experiences to life through their music. Life will bring you ups and downs, and Wake Up Sunday brings it all to their audience. “Our fans come away with a feeling of understanding not only through the ministry but through our music being able to relate,” says lead singer, Matthew Edward.

Besides their own personal journeys, the band has gone through quite a journey together. It all began at the urging from recording artist and producer, Toby Mac. The band, which was originally named “Saint-Da-Fied”, set out to bring God’s message to metal fans who needed to hear His message. They played over 800 shows and were signed to a major record label. They were changing lives through their music, but then it was time for their lives to be changed.

They were in the studio with writer and producer, Aaron Rice, when it became obvious that the band’s sound was changing. Experiences in life brought out a new perspective in their lyrics. “Now God has given us a new name and a new direction,” says Matthew. The music is still edgy and real, and they’re touching new lives every day with their message of hope. “We are able to say to our fans that not only do I understand you but I have been in your shoes and I walked in them for a while. And because of that, we are able to give them encouragement to keep going and to overcome.”

Revelation 3:2-3 – “Wake up! Strengthen what remains and is about to die, for I have not found your deeds complete in the sight of my God. Remember, therefore, what you have received and heard; obey it, and repent. But if you do not wake up, I will come like a thief, and you will not know at what time I will come to you.”

It’s time to wake up… Wake Up Sunday.