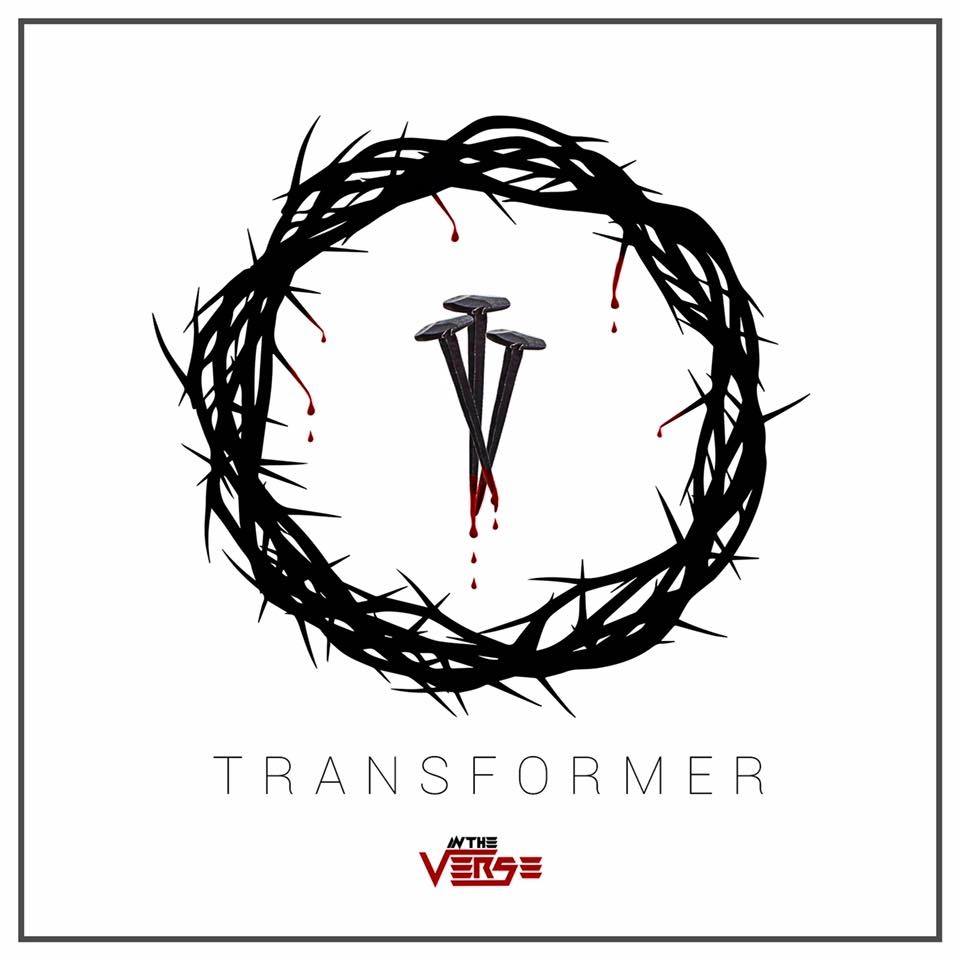 In the Verse Rocks with Transformer

Transformer is the first full-length album released by In the Verse, a Wisconsin-based Christian rock band.  There are so many things in this life that can bring us down and pull us away from God.  We need the transforming power of God’s love to bring us back, and the band speaks of that power with these songs.

The record kicks off with “Compassion,” the cool synth dancing through varied arpeggios, joined a moment later by a solid rhythm guitar.  Laced throughout the song are subtle string parts, blending perfectly with the guitars.  “Compassion” includes a very cool breakdown, featuring wicked drumming by Devin Schumski and an impressive piano solo.  This song cries out to God, admitting that we would be lost without His selfless compassion and grace, and expressing a desire to extend that grace to others.

Chris Cerfus gets to show off his keyboard skills on “Already Are.” The song begins with an intriguing, cascading piano solo that continues throughout the song, imparting forward momentum.  Noah Hulbert’s guitar solo soars expertly over the band, with a slightly different rhythmic feel, adding to the musical complexity.  “Already Are” describes the sadness over a once-close friend falling away from their relationship with God.  Next up is “Shatter to Pieces,” an excellent choice for the band’s first single.  The driving guitar and solo by Dave Hanson gives the song an exciting energy, drawing the listener in.  Noah’s vocals are on point, passionately imploring listeners to turn to God before the stress of this life causes them to shatter to pieces, and reminding them that He will never leave nor forsake them.

“Your Sacrifice” is another solid rock track, opening with a catchy guitar hook.  It sings of the appreciation for the sacrifice that Christ made, with incredible lyrics such as: “Your sacrifice is the key on which eternal life depends.”  Title song “Transformer” is a bit more of a mid-tempo song, with a chorus that one can’t help but sing along to.  The atmospheric synth during the verse adds a cool, mysterious element.  “Transformer” is about God’s power to transform and revive a cold heart full of hatred.

The record continues with “Final Days,” which features the strings a bit more prominently, as well as a softer, piano-led bridge, before the heavy guitars kick back in.  Final track “Afterlife” ends the record on a high note, with imaginative lyrics and thrilling music.  Of course, no one on this side of eternity can fathom what Heaven will be like, but “Afterlife” does a fine job of dreaming and exploring the possibilities, such as sliding in one’s socks “down never ending streets of gold.”  “Afterlife” also allows Noah to show off the strength and range of his voice.

Overall, Transformer is a thoroughly enjoyable rock record, not terribly heavy, perhaps allowing it to appeal to a broader audience.  The creative lyrics are very well-written, conveying the depth of meaning behind the band’s mission to reach the lost and hurting of this crazy world.  And they are sure to achieve that goal with this record.