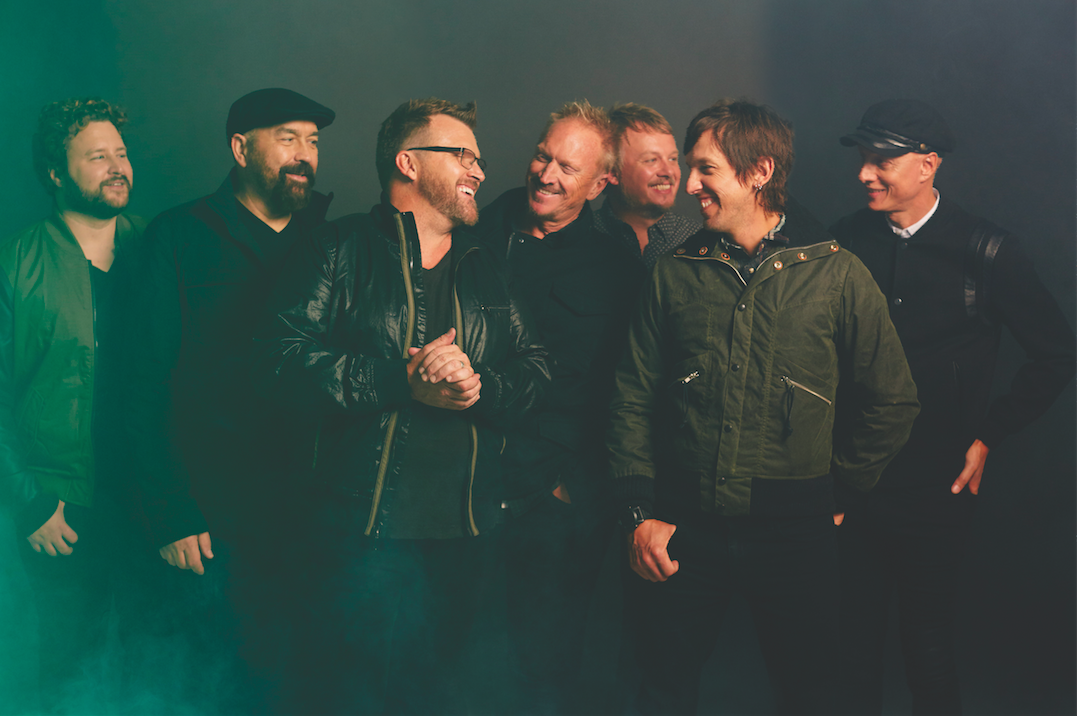 NEWSONG CELEBRATES ‘THE BEST CHRISTMAS EVER!’ WITH WIDESPREAD MEDIA IMPACT

With their popular annual Christmas tour in full swing, holiday singles currently impacting mainstream and Christian radio, and key national television appearances on tap, GRAMMY®-nominated NewSong is celebrating the season with their latest critically-acclaimed release, The Best Christmas Ever!

The group performed the album’s title-cut on Monday’s live broadcast of “The 700 Club,” and the show is slated to feature a performance of NewSong’s #1 pop smash, “The Christmas Shoes,” tomorrow. In addition, Canada’s “100 Huntley Street,” which airs throughout North America, will showcase Christmas music from NewSong on each daily broadcast next week, beginning Monday, December 12.

In celebration of the 15th anniversary of “The Christmas Shoes,” the GRAMMY®-nominated song—co-penned by NewSong’s Eddie Carswell—is once again surging at mainstream AC, Hot AC and Country radio formats. One of the most popular modern holiday classics of all time, “The Christmas Shoes” is currently spinning on numerous stations around the country, including KOST in Los Angeles; Boston’s WMJX; WJXA in Nashville; WNIC in Detroit; and Charlotte, North Carolina’s WKQC.
“NewSong’s ‘Christmas Shoes’ is as essential to our Christmas playlist as ‘Let It Snow’ or ‘White Christmas,’” says Greg Almond of WGGC Radio, Bowling Green, Kentucky. “It’s THE modern Christmas classic and it tells a wonderful story.”

NewSong’s third full-length holiday release, The Best Christmas Ever! was recently highlighted as one of “Nashville’s Best New Christmas Albums” by The Tennessean. The project is featured alongside recordings from such iconic artists as Loretta Lynn, Reba, Amy Grant, Garth Brooks & Trisha Yearwood, and The Oak Ridge Boys. The Best Christmas Ever! released October 21 (HHM Records/Word Distribution) and showcases 10 favorites from NewSong’s best-selling projects The Christmas Shoes (2001) and The Christmas Hope (2006), as well as five newly recorded songs.

With a career spanning more than 30 years, NewSong’s accolades include 20 albums, 20 #1 Christian radio singles, a #1 mainstream AC hit, a GRAMMY® Award nomination and induction into the Georgia Music Hall of Fame, among numerous other achievements. Founders and hosts of the Winter Jam Tour Spectacular, the annual outing exploded from a single show in 1995 to the world’s #1 first-quarter tour for four consecutive years, according to Pollstar. One of the most beloved bands in Christian music, NewSong’s discography includes such defining songs as “Arise, My Love,” “Rescue,“ and “The Same God.”

Buy The Best Christmas Ever! on iTunes here