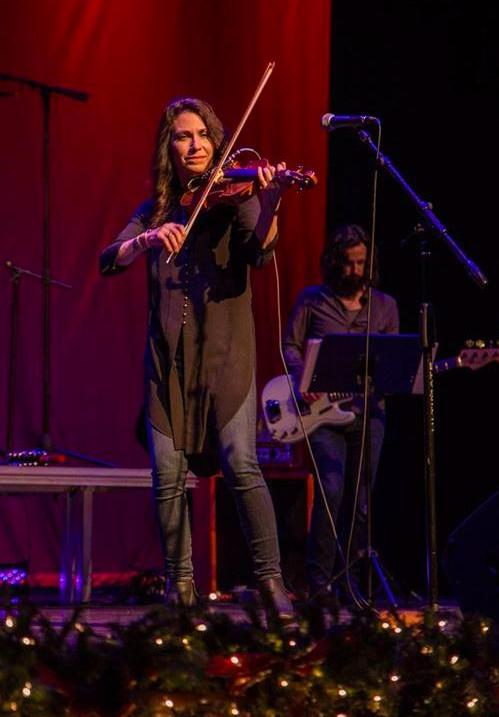 In the midst of the hustle and bustle of the Christmas rush, internationally acclaimed singer/songwriter and classically trained violinist Jean Watson is busy reminding fans of the reason we celebrate this special time of year.

Watson’s holiday season kicked off on Thursday, December 1, with a performance at the Advent by Candlelight service at St. John Lutheran Church in Luxemburg, Wisconsin, followed by a concert at Green Bay, Wisconsin’s legendary Cup O’ Joy.

“I previously had the opportunity to perform at Cup O’ Joy,” Watson said. “I was thrilled to be invited back to share my music during the holiday season.”

This week, Jean travels to Mackinac Island, Michigan to share her music at the Ladies Christmas Tea at Mackinac Island Bible Church on Thursday, December 8th. Watson headlines the Christmas Wonder concert at New Life Assembly of God in Escanaba, Michigan on Friday, December 9th, then on Sunday, December 11, Watson will share special music during the morning service at Eastern Shore Baptist Church in Daphne, Alabama and perform a full concert of holiday music at the same venue that evening.

“I feel extremely blessed to have a full tour schedule in December,” Watson says of her busy holiday season touring schedule. “It gives me joy to be able to share the message of God’s love through words and music wherever the Lord opens the doors. Plus, I just love singing Christmas music!”

For more information on Watson, her 2016 Christmas tour or her latest CD, WONDER, visit jeanwatson.com.

About WONDER:
Internationally acclaimed singer/songwriter and classically trained violinist Jean Watson’s latest CD,WONDER, released through Suite 28 Records/Shadowlands Records and Naxos of America, Inc., represents something of a defining moment for the classically-trained singer/songwriter and instrumentalist, who is a fan favorite in the UK. She is especially popular in Ireland, where she has long hosted a daily inspirational radio show which can be heard worldwide on UCB Radio Ireland. So, her affinity for Celtic sound comes as no surprise.

Sporting a world music sound that falls lithely between the ethereal, yearning Celtic vocals of Maire Brennan and the graceful, poetic lyricism of Enya, Watson deftly walks a line that stretches between ancient themes of grace and mercy, and is anchored by contemporary declarations of worship and adoration. WONDER has an otherworldly, ethereal, moving quality which penetrates the heart and transports the listener into an attitude of worship.

In keeping with the world music direction of WONDER, Watson has enlisted the services of a number of musicians from around the globe, including South African John Ellis of Tree63 and former Newsboys drummer Peter Furler from Australia. Steve Hindalong from The Choir provides percussion, and as a special treat, Christian music legend Michael W. Smith appears as a guest accompanist as Watson performs Smith’s hit, “I Can Hear Your Voice.”

For more information on Watson and WONDER, visit jeanwatson.com.