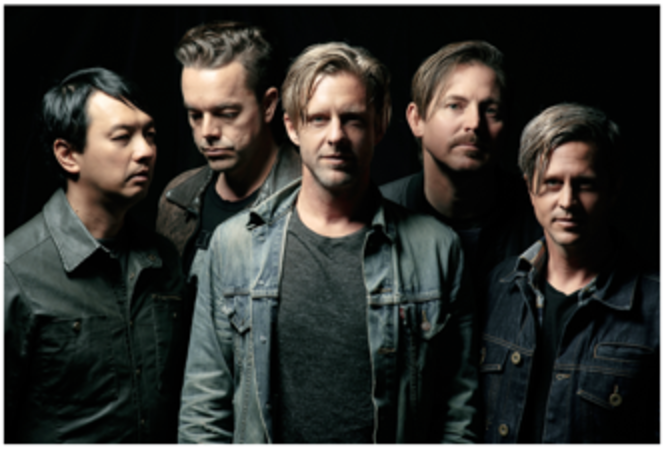 Multi-platinum selling, Grammy-winning band SWITCHFOOT is thrilled to announce that they have teamed up with Live Nation for their first ever “Cold Turkey Party.” The band will be celebrating the day after Thanksgiving with a live stream of their show from The Palladium in Los Angeles, CA for fans across the country via Live Nation TV’s Facebook page, Live Nation’s YouTube Channel, and LiveNation.com starting at 9:30pm PST/12:30am EST.

SWITCHFOOT kicked off the “Looking For America Tour” and has been selling out venues across the country, a testament to the passion and energy the band brings to the stage each night. Tickets for all remaining dates can be found at www.switchfoot.com.

“I Won’t Let You Go,” a follow-up to their No. 1 radio hit “Live It Well,” will impact radio later this month. SWITCHFOOT released their latest album, Where The Light Shines Through, on July 8th, 2016 via Vanguard Records and Capitol CMG. Where The Light Shines Through is the band’s tenth album and the first since 2014’s highly acclaimed Fading West. The album was self-produced in collaboration with John Fields, who helmed the multi-platinum breakthrough The Beautiful Letdown.

Beyond their career achievements, SWITCHFOOT has also been active in a variety of philanthropic efforts, raising over a million dollars to aid kids in their community through the band’s own Bro-Am Foundation, a long-running annual benefit surf contest and concert that’s held every summer in Encinitas, CA. $1 of every ticket sale will be donated to SWITCHFOOT’s BRO-AM Foundation providing services to underprivileged and disadvantaged youth. They’ve also maintained a deep commitment to a variety of humanitarian causes, lending their support to such worthy organizations as CURE International, DATA, the ONE Campaign, Habitat for Humanity, Invisible Children, and To Write Love on Her Arms.

Buy the surprise digital only “Live In Chicago” album here

Read our review of Where The Light Shines Through here

Buy Where The Light Shines Through
iTunes | Amazon