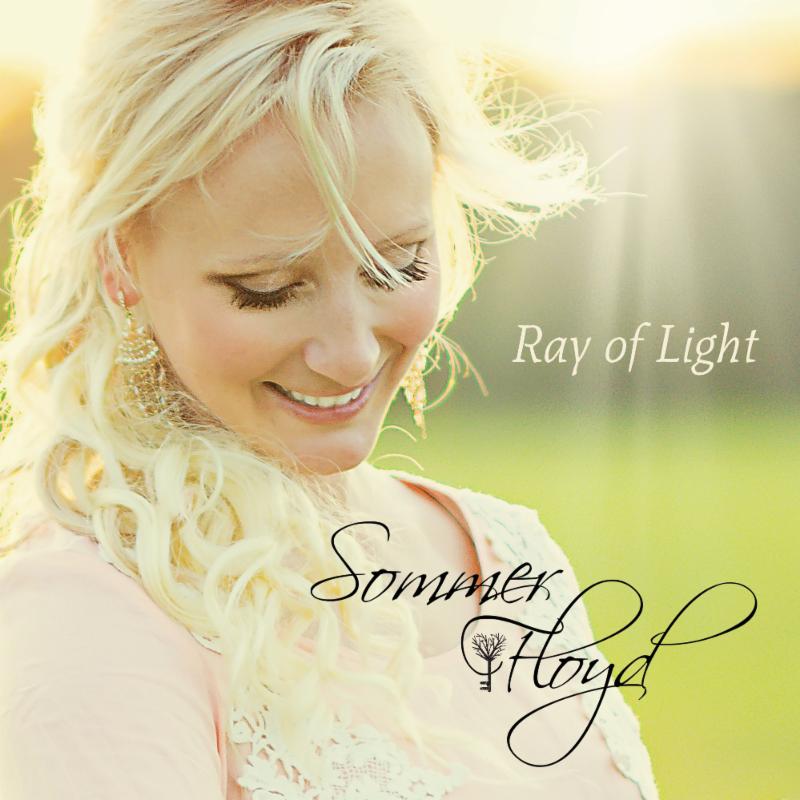 A joyful amalgamation of sparkling Pop/Rock, New Country and Contemporary Worship, Floyd’s inaugural release has drawn comparisons to artists like Kari Jobe, Mia Fieldes, Laura Story and The Band Perry’s Kimberly Perry. Fan favorites include the celebratory “Children of God,” the fun and encouraging Pop-Country anthem, “Drop and Run,” and the gently meandering confessional ballad, “I Need You.”

Floyd allows her natural effervescence to shine through on the exuberant “Ray of Light,” a song she says was inspired by a lazy summer afternoon spent in the company of her young daughter, Heidi. “We were sitting outside looking up at the sun,” she recalls. “I realized, that’s how we are supposed to be as beers. We were meant to shine as a ray of light, to illuminate the dark places.”

Floyd’s love of the great outdoors served as inspiration for a number of other songs on the project, including the upbeat anthem, “Let It Rain,” the gently rocking, “Lighthouse,” and slow-burning “Live Like Jesus.” She unveils her vulnerable heart in the lovely, yet achingly poignant, “Stronger,” a song she wrote for a friend battling leukemia. “I had just gotten off the phone with her husband,” she muses. “She had gone to the emergency room, thinking it was just allergies. I cried out to God, wondering why bad things happen to good people. I still don’t have the answers to that question, but I know that the love of God is sufficient for all our needs. And when life gets harder, God makes us stronger. He has destined us to overcome, even when it doesn’t look like it from the world’s perspective.”

Her peace-evoking Contemporary Worship hymn, “How You Love Me,” could easily become a staple in church services across the country with its lovely chorus: “You are worthy, worthy/ I fall down at Your feet crying holy, holy/ Your love is all I need and Your beauty takes my breath away from me.”Speaking of hymns that are church staples, Floyd delivers her own unique take on the beloved classic, “Great Is the Faithfulness,” which is the only song on the project that she didn’t write. “The words to this hymn are so powerful that I wanted to include it on the album,” she explains.

If you look up “All American Girl” in the dictionary, chances are the definition will be accompanied by a picture of Sommer Floyd. Born and raised the the Texas Hill Country, Floyd was an honor roll student, gifted athlete, beauty queen, and genuinely nice person. Voted “Class Favorite” and “Most Talented” by her high school classmates, Floyd was the quintessential cheerleader, earning four individual high school All American designations and three All Star Team National Championships. Attending college on a cheerleading scholarship, Floyd was designated a college All American as a freshman, an almost unheard of accomplishment. She ran on the varsity track team, played tennis, showed livestock, participated in rodeos and earned her Deep Sea Diving certification.

And she sings. And writes songs.

While Sommer certainly has all the credentials for The All American Girl, she is also 100 percent human. She is the first to admit she has made her share of mistakes. Those poor choices produced a deep level of brokenness, which compelled Sommer to dig deep into God’s faithfulness, and reconnect with the God of her youth. The more connected the young woman became with God, the more songs began to flow from her pen.

“Putting my brokenness on paper helped to get me through the hard times,” Sommer says, “and the lyrics started to turn into worship.”

Her experience of brokenness and restoration resonated strongly throughout her community, opening doors for her to share her music and lead worship at churches and charity events throughout the Texas Hill Country, where she lives with her daughter, Heidi.

Sommer’s fetching vocals, ear-pleasing melodies and spiritually mature lyrics caught the ear of her producer, Steven V. Taylor, and she soon found herself in Franklin, Tennessee with some of Nashville’s finest musicians, recording her debut CD at the legendary Dark Horse Studios.

For more information on Sommer Floyd and Ray of Light, visit sommerfloyd.com.

Sommer Floyd has the distinction of being designated a High School All American on four separate occasions, and followed up that accomplishment by earning All American honors as a college freshman. A trained medical technician, Sommer has a passion for worship and a call to write songs that encourage the broken-hearted. She currently resides in the Texas hill country with her daughter, Heidi.