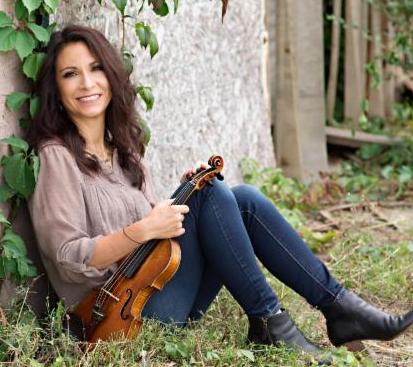 Internationally acclaimed recording artist Jean Watson is slated to appear as a guest on the Cornerstone Television Network’s innovative and inspirational music program, More Than a Song, on Tuesday, November 8, 2016. Watson will perform songs from her adventureous new CD, WONDER, and talk about the stories behind those songs.

Fans can watch the broadcast at 10:00 a.m. (ET), or catch the re-broadcast that night at 10:00 p.m. Viewers around the world can stream the program online at ctvn.org/watch/watch-live. Fans can also watch on the Apple CornerstoneTV app.

“The music on WONDER is the most authentically ‘me’ music I have ever recorded,” Watson says. “I am excited to share it with the More Than a Song television audience!”

WONDER represents something of a defining moment for the classically-trained singer/songwriter and instrumentalist, who is a fan favorite in the UK. She is especially popular in Ireland, where she has long hosted a daily inspirational radio show which can be heard worldwide on UCB Radio Ireland. So, her affinity for Celtic sound comes as no surprise.

WONDER has an otherworldly, ethereal, moving quality which penetrates the heart and transports the listener into an attitude of worship. With a world music sound that falls lithely between the yearning Celtic vocals of Maire Brennan and the graceful, poetic lyricism of Enya, Watson deftly walks a line that stretches between ancient themes of grace and mercy, and is anchored by contemporary declarations of worship and adoration.

In keeping with the world music direction of WONDER, Watson has enlisted the services of a number of musicians from around the globe, including South African John Ellis of Tree63 and former Newsboys drummer Peter Furler from Australia. Steve Hindalong from The Choir provides percussion, and as a special treat, Christian music legend Michael W. Smith appears as a guest accompanist as Watson performs Smith’s hit, “I Can Hear Your Voice.”

For more information on Watson and WONDER, visit jeanwatson.com.