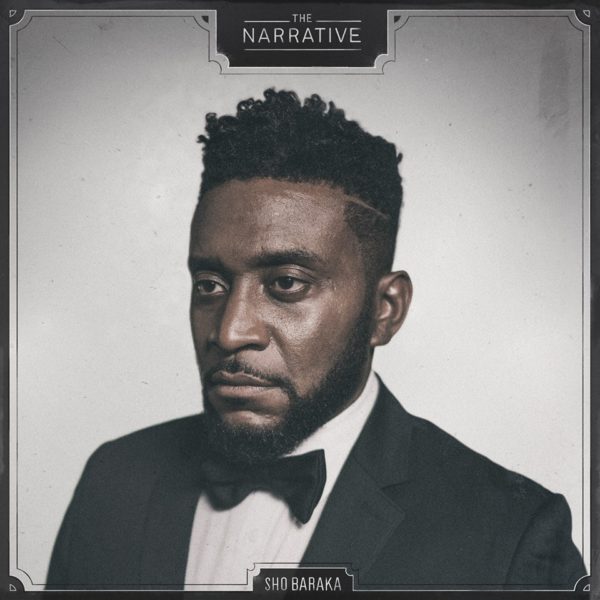 “Don’t close the book I got more to write.” This is the first lyric uttered by CHH vet Sho Baraka on his Humble Beast records debut album “The Narrative”. The opening lyric couldn’t be more telling, as what follows is history happening. The telling of a story some wish to end, others wish to exploit, but Sho wishes to accentuate and extend. The continuation of an ongoing conversation about culture, community, creativity, and Christianity. “The Narrative” is Sho’s “Comeback” album, and the opening lyric is fitting in that regard. On the other hand, and perhaps more importantly, it’s as if you’re hearing the voice and supplication of not only the writer, but of multiple generations, past, present, and future saying “Wait! I’m not done yet.” Which gives you the feeling that this is much bigger than Hip Hop.

“The Narrative” is blacker than the back of my eyelids, and turns on the mind’s light just as quick as closing them does.

An African American audio biography as seen through the monocle of an intellectual man, and the gazelles of his youth, this album emphatically implores you to explore the complexity of our story within the context in which it is being written. Yes our story, “The Narrative” is not of a singular man, but of a people, a culture, a community, of us. It’s historical, it’s contemporary, it’s prophetic. It’s old-school futuristic. Sho said it best, coining it “Trap Jazz” in an adlib on the song “Excellent, 2017”. Even this dude’s adlibs are multidimensional and unnecessarily thought provoking! “The Narrative” is lively, and entertaining throughout. From the Kanye-esque rant on “Kanye, 2009” where the transparency is terrifying yet therapeutic, to “30 & Up, 1986” which invokes the inner two step, and a few more to follow, even if you do have two left feet.

A stylish brother indeed, but fedoras and fitteds are not the only hats on Sho’s rack. “The Narrative” is intentionally focused, yet deliberately diverse enough to keep the record interesting as it progresses. Afterall what can be more entertaining than a Christian social activist rapper with a sense of humor? Sho also raps as a married man, and a dad. Both of which are often underrepresented in Hip Hop, much worse in our homes. On “The Narrative” Sho includes refreshing rhythms of urban marital dynamics, and a pops perspective. “You ain’t Oakland girl but I call you my bae, when silence is violence you know what to say”. Musically the album is just as diverse as Sho, and serves as an equal co-labor to Sho’s writing, and performance in this monumental effort. Sho recently signed to Humble Beast records, and his HB debut proves to be fitting as he seemingly subconsciously raps with the confidence of a champion, and the humility of a hired hand. A humble beast indeed.