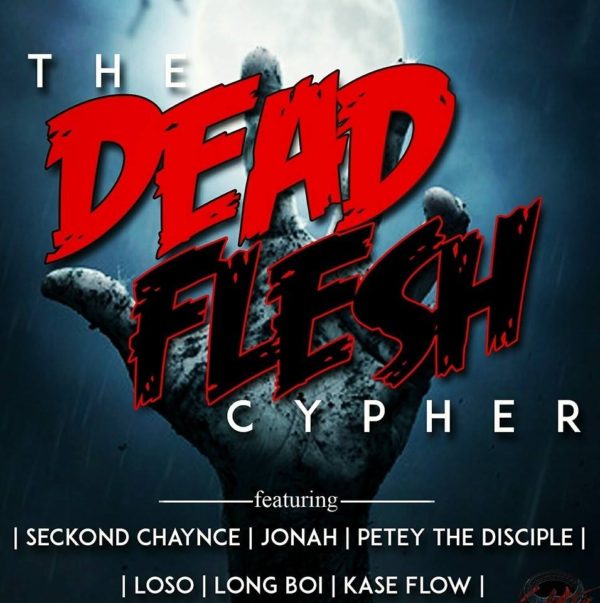 Seckond Chaynce Rounds Up 4 Emcees For The Dead Flesh Cypher

Seckond Chaynce rounded up 4 fellow local emcees for The Dead Flesh Cypher. The video, which was released on Seckond Chaynce’s birthday, can be seen below. Although Loso was originally advertised to be in it he didn’t end up appearing in it for whatever reason (he is busy preparing for a big Bullpen Battle with DNA at the Close Range event at the start of next month).