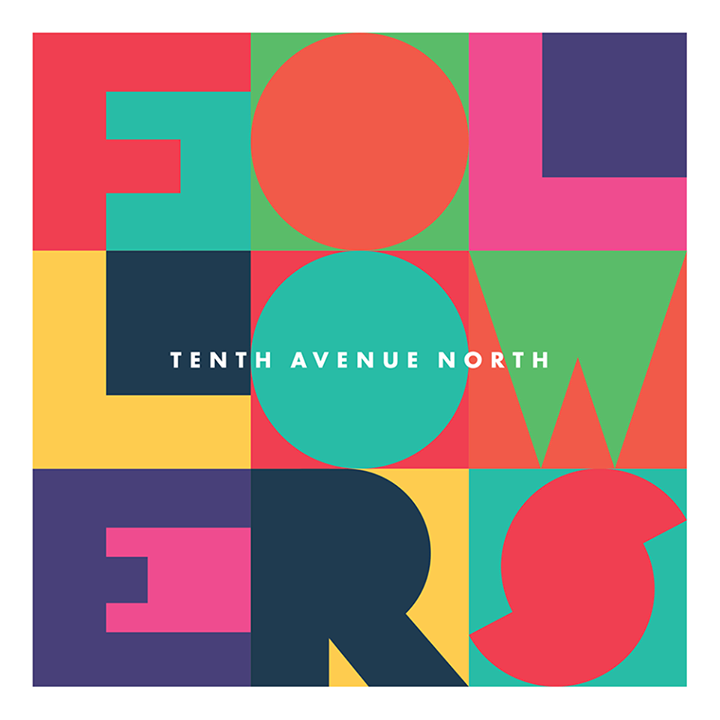 From the time of the release of Over and Underneath, Tenth Avenue North continually provides fans with profound, thought-provoking, heart-stirring lyrics and musical innovations in each album they create. This time, with the release of 5th studio album Followers, it is no different. Set to release October 14th, this new sound from Tenth Avenue North will not disappoint.

Starting out with soft vocals over piano chords, “Afraid” is the intro of the album. What may surprise long-time fans is the chorus, which is driven by synth chords and effects. This track speaks truth against the lie of fear. Stand out lyrics are “My hope is alive in heaven/ I will not give in to despair.”

Radio single “What You Want” has a driving beat and foot-stomping syncopated chorus. The concept of the song is living life as a follower, craving after what God wants. Vocally expressive, lead singer Mike Donehey showcases great falsetto in the higher notes of this song. Also catchy is “Overflow” with a hook for an intro including a steady snare beat and vocals. Powerful lyrics over catchy music is the best way to describe this track. The highlight is the music and vocals of the bridge- a nod to the producer’s great skill.

Particularly meaningful to the band is “I Have This Hope”, written about lead guitarist Jeff Owen’s sister-in-law’s battle with cancer. A soft piano riff begins the song as Mike’s voice portrays the feelings of despair and hope so well. The words of the bridge are, “Whatever happens I will not be afraid/ ‘Cause You are closer than this breath that I take,” recognizing that though our pain and struggles are real, so is our God, and He is ever-present. Similar in musical somberness and mood, “Sparrow (Under Heaven’s Eyes)”, is another song of our hope being secure in Christ. The lower notes of the piano line the verses and drums come in for the chorus. It follows the parable that Jesus told his disciples of God’s care for the sparrows and His compassionate care for us.

Track 5, “One Thing” conveys the idea that God is our ultimate desire and need. A simple guitar riff begins “No One Can Steal Our Joy” with Mike singing in a low timbre that he brings up for the chorus. With strong and hopeful lyrics, listeners are reminded that “even when we fight temptation/ even when we stand accused/ we know that You will defend us/ we can always run to You/ No one can steal our joy”. The anthemic bridge of the song gives a sense of empowerment and reminds us that “the best is yet to come”.

“Control (Somehow You Want Me)” is reminiscent of the sound that The Struggle has and starts with piano and guitar. The concept of God loving us and desiring a relationship with us despite who we are is the premise of this song: “Oh how You love me and somehow that frees me/ to open my hands up and give You control”. The bridge, driven by drummer Jason Jamison’s skills is one of a few worshipful moments in the album that listeners can find.

A pop lick and snare-driven intro begin “Fighting for You” where vocals are the main focus of the verse. Guitars come in for the chorus where lyrics remind us that our troubles are temporary because God is fighting for us. “Every trouble that you’ve ever walked through/ Peace my child, I am fighting for you” are hope-filled words meant to inspire.

To close out the album, “I Confess” is musically simple with powerful, penitent lyrics and beautiful harmonies. It’s a confession from the soul to God. There is healing and release in confession, and this song speaks to that idea very well.

Thematically, this album is very well constructed. Each of the tracks on Followers play a role in exploring the many facets of what it means to be a follower of Christ. Hope is a recurring idea throughout the album, as well as coming back to God and trusting Him. The lyrics are superb in quality, as per usual for this group. Musically, there is a new and never-before heard sound as Tenth Avenue North experimented with pop sounds on this record, and I think they did so tastefully, still including the guitars, drums, and piano along with the synth effects. Overall, Followers is a fantastic fifth release from Tenth Avenue North. Be sure to catch the band on their “What You Want” Tour this fall with Hawk Nelson and Dan Bremnes.