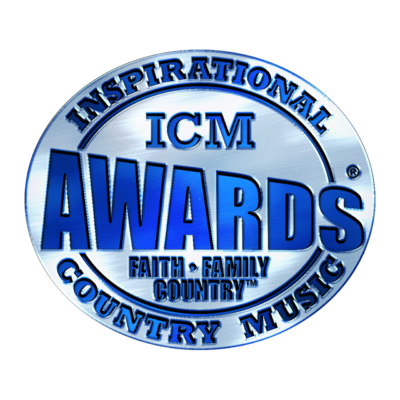 The Inspirational Country Music Association® is pleased to introduce the hosts for this year’s Inspirational Country Music Awards Show® honoring and recognizing the biggest names and emerging talent in the Inspirational and Christian Country music sector. Megan Alexander (actress, book author and longtime correspondent for the national news magazine television show Inside Edition) and platinum-selling country music hit-maker, Collin Raye will emcee the 22nd Annual Inspirational Country Music Awards Show® to be held at  7PM the evening of Thursday, October 27, 2016 at Trinity City (1 Music Village Blvd. Hendersonville, TN). Long time devotees who share the Faith, Family & Country™ message and have made significant contributions to the non-profit organization and its mission, both Megan and Collin are active supporters. Megan has participated in the annual awards show event upon six occasions as special guest host and Collin recognized for his contributions to the format as an award winner.

“I have always been a huge country music fan and believe country music touches our souls and inspires us in life.  I love what the Inspirational Country Music Awards stand for–recognizing individuals in the ‘Inspirational Country Music’ format,” said Megan Alexander. “I am thrilled to return to host the awards show to help support and promote the organization’s ‘Faith, Family & Country’ message. It’s always an incredible show and this year will be no exception!”

Some of the talented individuals nominated in the 2016 Inspirational Country Music Awards Show® Top 5 include:  Hillary Scott, Carrie Underwood, Joey Feek, Jayne Carter, Joy Roberts, Jeff Bates, Scotty McCreery, Vince Gill, Greg McDougal, Johnny Rowlett, Kenny Lee Robinson (aka Cornbread The Comic), T. Bubba Bechtol, Robby Lynn, Hunter Logan among many others. Tommy Brandt (who is nominated in six of the 23 categories), Mary James  (celebrates nominations in five categories) and Kali Rose (who is recognized for her talents in four categories) are among the front-runners.

“I am honored to be the co-host for the 23rd Annual Inspirational Country Music Awards Show® at the end of the month,” added Collin Raye. “I feel blessed to be a part of recognizing the music and the artists whose talent’s provides comfort and inspiration to a world in such great need of hope.”