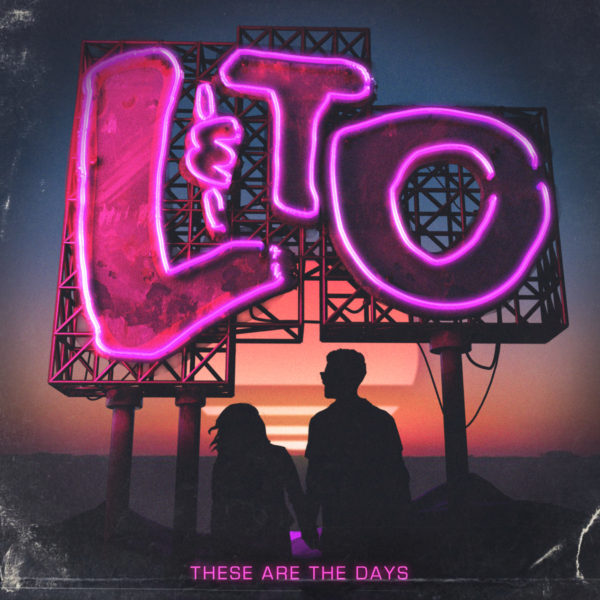 Canadian husband and wife pop duo Love and the Outcome release their sophomore album These are the Days on September 23, 2016. Signed to Word Entertainment, this second album from Love and the Outcome branches off from the style of their first album in the direction of a pop sound to create a lyrical and musical work of art.

Track 1, “Strangers”, starts the album with a driving beat and synth intro that quiets down for the verses and returns to bring a bang to the chorus. The bridge incorporates the vocals of Chris and Jodi entwined to create a unique sound blend.

“The God I Know” has spent quite a bit of time in the Billboard top 10 chart of CCM since its release to radio back in April. This spot on the Billboard chart is well -deserved because of the catchy music and lyrics of this song. The syncopation of the lines in the verses paired with Jodi’s playful vocals in the chorus make for a chart-topping single. Be sure to check out the official music video below. In addition, “Galaxies” is a stand- out track with a synth/snare intro with a spacey sound production to fit the name of the song. “Your ways are far beyond my ways/ Your thoughts are far beyond my thoughts/ And still You say I’m always on Your mind” are worshipful lyrics that speak the truth that God created all the galaxies and yet still loves us and knows us.

“Ends of the Earth” is an upbeat tune driven by Chris’s bass line that continues for the remainder of the song. “Good Life” is a fun, summertime anthem reminiscent of good times with good people. Where the song lacks in lyrical quality, the music compensates with layers of synth, percussion, and the suave vocals of Chris and Jodi. It’s a good reminder that “It doesn’t get any better than this/ This is a good life.”

On the softer side, “If I Don’t Have You” begins with a somber tone of Jodi singing with soft music in the background. This is a song recognizing that everything is meaningless if we don’t have God. “Gates” is another gentle song with mellow vocals building up to the vocally diverse chorus. Similarly, “Louder Closer Deeper” begins with soft piano chords and stripped down vocals. The lyrics are clever as the songwriter wove the words into a creative and catchy pattern. What also stands out is the beautiful harmony between Chris and Jodi in the bridge, so keep an ear out for that.

“Palaces” begins with synth behind piano notes and steady but simple vocals from Jodi. The mood of this song remains calm and tranquil, as in a worship song. The second verse adds a drum beat and guitar and builds up to the second chorus and bridge. This song offers praise to God for all the good things that come from Him.  Carrying on the worship track theme, “Hear from You” is a song that portrays the waiting time when we are waiting to hear from the Holy Spirit. “No other whisper calms my heart/no other place but You to start/ no other name can silence storms,” are stand-out lyrics.

Highlighting the importance of right now, the title track “These are the Days” starts out with a consistent guitar riff and synth layers that swell up to the chorus. This song has a varied sound to it with parts of simple instrumentation and parts where instruments and vocals are layered artistically.

A sort of love song, the upbeat intro to “Paradise” leads into the chorus that showcases Jodi’s vocal talent along with a prominent background vocal line by Chris. Out of the songs on the album, this track seems to be a feature of the husband and wife’s ability to blend their voices in a beautiful way. The music is reminiscent of 80s synth pop during the bridge and final chorus.

The closing piece to the album begins with a guitar riff and is a moving song to Jodi and Chris’s recently born son Milo Wolf. The infant is frequently featured on their social media with the hashtag #lifeofmilo. It is the parent’s wish to the child to “Seek and Find” God all throughout the questions of life.

It seems that the recent transition into parenthood has in some way shaped the formation and inspiration of this new release. “These are the Days” has songs that all come together to form the theme of the importance of right now and living for God today. Love and the Outcome’s new release has delved deeper into the realm of pop while also creating a good number of worship songs, which is new territory for the duo.

Musically, there are a few songs that sound similar to each other, but a quality to appreciate and is not found in many other pop artists’ music is the many layers which can be heard when one listens close enough. In a few songs, the layers might have been too much. Producers of the album (Colin Munroe and Seth Mosley), however, did a pretty good job of balancing the synths and vocals to create a harmonious finished product. Jodi is a strong vocalist and in this album listeners can tell that she has grown since the first album. In terms of lyrics, there are several songs that make wonderful worship songs and others that are written for a wider audience as a whole. Overall, “These Are the Days” has a variety of songs for old and new fans alike.

Pre-order “These Are the Days”:
iTunes | Google Play | Amazon Music