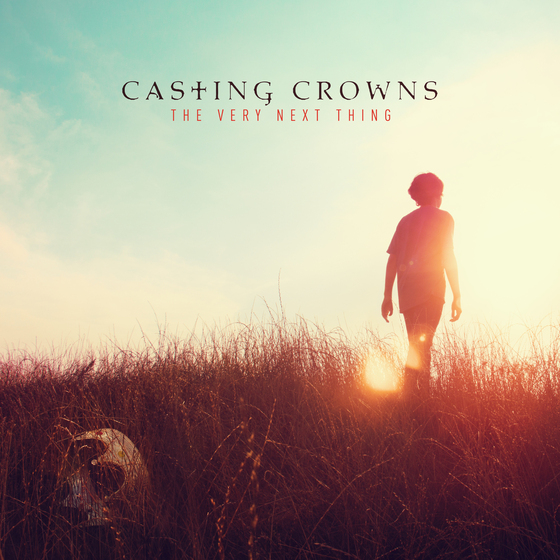 Multi-platinum selling and GRAMMY® winning group Casting Crowns releases their eighth studio album, The Very Next Thing, today. The Very Next Thing is full of intimate songs as well as upbeat, fresh sounding tracks that will meet the listener with lyrics that impact with a strong message song after song. Casting Crowns continues to deliver songs with messages that are resonating with their fans as they have surpassed 10 million albums in sales and is Billboard’s top-selling act in Christian music since 2007.

The band will be premiering songs from the anticipated release tonight in a TV special – Casting Crowns Presents: The Very Next Thing – airing on TBN at 9 pm CST/10 pm EST. The special was taped in Nashville in front of a live audience with special guests Natalie Grant, Bernie Herms and Matthew West. The special is hosted by K-LOVE personality Scott Smith.

Supporting the upcoming release, Casting Crowns will be hitting the road this month for “The Very Next Thing” tour presented by Compassion International and Museum of the Bible. The tour will feature label mate Matt Maher and special guest newcomer Hannah Kerr. Check the tour dates here.

The Very Next Thing has already received praise from media outlets as front man Mark Hall shares the heart and message behind this album (CBN Onlline, The Desert News National). Casting Crowns also graces the new CCM Magazine cover that releases today. Check out what the media have to say about this powerful project:

“The band’s songs have conveyed hope, joy, love and peace to millions, and The Very Next Thing follows suit in theme even as it branches in new musical directions.” – CCM Magazine

“Both the upbeat tracks and the softer worship moments succeed in lyrically gathering the good, bad and painfully honest parts of all life’s circumstances, while still leaving listeners with firm Biblical truths to stand on despite those circumstances. With records like this that seem to keep flowing from the Crowns team, it’s easy to see why so many find comfort and encouragement in their songs, and it’s even easier to see that, much to the joy of fans, Casting Crowns is not slowing down anytime soon.” – NewReleaseToday

“To hold it as one of their most well-rounded albums to date is certainly not far off the mark. If you’re a fan of the band, this is highly recommended, and even if you’re not, it’s still a respectable CCM album worth a listen.” – JesusFreakHideout

“The Very Next Thing is the perfect name for an album that’s clearly a leap forward from the vast musical experience of Casting Crowns. It’s a diverse, creative record that sounds amazing and presents a mixture of joyful and contemplative lyrics.” – The Christian Beat