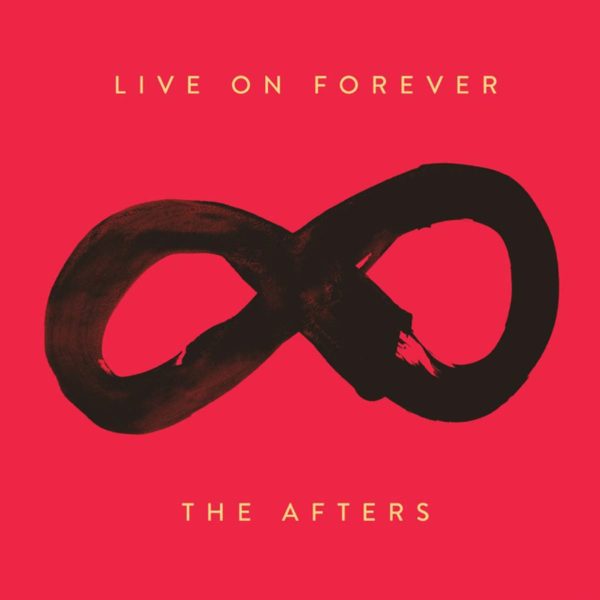 The Afters “Live on Forever” in Fans’ Hearts With Latest Release

September 9th, 2016 marks the release of Christian pop group The Afters’ 5th studio album Live On Forever. This highly anticipated album comes at a time where fans of this group are growing restless for new music, as it has been close to three years since their last release Life is Beautiful back in 2013. With a fresh and innovative pop sound the songs in Live on Forever do not disappoint.

The first song of the album, “Shadows” definitely has a dubstep/pop sound to it, very different from anything The Afters have done in the past. The verses are lined with Josh Haven’s falsetto, showcasing his well-known vocal talent. Distorted guitar colors the bridge and the chorus has a jaw-dropping bass drop. Since this song is vastly different from the traditional pop that The Afters are known for, it gives an interesting first impression of the album. However, this impression is misleading because the rest of the songs are not quite at this level of pop innovation.

“Battles”, is a recently released single with a lyric video (see below). This track is available right away if you preorder. The theme is that God fights our battles for us and He overcomes the enemy. The snare is the prominent instrument in this song, sounding like a march into battle. True to The Afters’ lyric- writing, “Battles” has a catchy chorus.

“Sunrise” starts with a synth intro paired with smooth vocals by Havens. It is a song of hope likening God to the sunrise. This track’s memorable lyrics are “You are close and You will make a way here/ God I know that you will lead me through the night”. The velvet vocals of Haven’s falsetto in the bridge is a personal favorite. Similarly, “Wake Up My Heart” is a catchy tune. A simple guitar riff lines the intro, adding layers of instruments building up to the chorus. The bridge incorporates strings and a good beat with the lyrics “I have been like a desert all dried up/ come and pour over me like a raging flood”.

Picture a late summer night’s drive, or a beach at sunset with friends. “Time of My Life” is that sort of end-of-summer anthem. At the forefront of the song is a fun guitar riff that continues with a toe-tapping rhythm and catchy sing along lyrics. In the bridge there are gang vocals to set the mood of fun and friends.

“Live on Forever”, the title track and chart-topping first single is an anthem of hope for the future of eternal life in heaven. Throughout the song, the ambient-driven piano and guitar portray mystery and evoke a mood of anticipation for the afterlife. Combined with Haven’s spot-on vocals and flawless production this track clearly stands out from the rest. Check out the epic music video below!

“Eyes of a Believer” has a rhythmic piano base underlying the lyrics in the verses. This song is about strength that comes from God and the confidence that “whatever battle may come you know He’s already won”. The vocal layering between the lead vocals and those of background vocalist and guitar player Matt Fuqua is well-mixed in this track.

“Survivors” continues the theme as another fighter anthem. This upbeat track is fun and confident similar to “We Won’t Give Up” off of their album Light Up the Sky. Along the same lines, “Legends” is driven by an accented snare track. The lyrics “heroes rise from the shadows even if they fight alone” pave the way to the high-energy chorus.

The closing track of the album is the opposite of the first song and stands out from the synthesized pop songs of the rest of the album. Lead by an acoustic guitar rather than a dubstep beat, this final track incorporates a string section combined with soft vocals to set a romantic mood.  Each and every album by the Afters has a slower and more reflective kind of song, and “When You’re With Me” is that song in this album.

Overall, Live On Forever presents a new and distinct pop sound to fans of The Afters. Recurring themes include pressing on through adversity and looking to the hope of heaven. Although the sound is new, the lyrical quality is as high as in their other records. The production, done by the band’s drummer Jordan Mohilowski, is very well done, while in some cases the music seems to overpower the vocals. Nevertheless, fans will be pleased to hear strong vocals and the amazing falsetto of Josh Havens quite a bit in the album. This fresh pop sound will likely draw new and old fans together to celebrate the highly anticipated album’s release. About the album, Mohilowski says, “Whether you’re looking to be encouraged, reminded of God’s promises, if you want to dance, listen to a love song, worship or if you just need a good fight song to get you through your day, this album has something for everyone.”