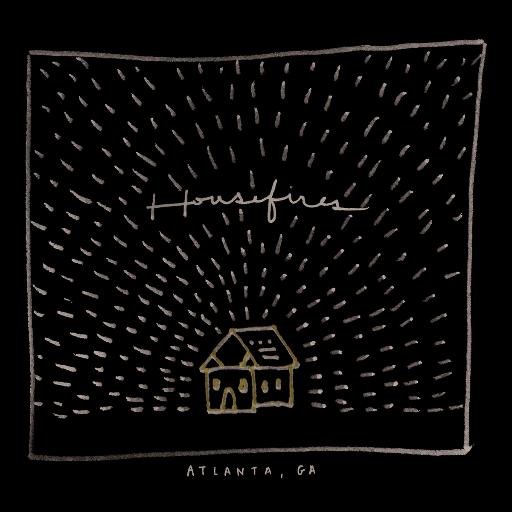 HOUSEFIRES, a group of musicians from Atlanta, GA who pursue authentic worship of God, released their third full-length album, HOUSEFIRES III, amidst 5-star acclaim August 12 through The Fuel Music. In its debut week at retail, the album hit No. 1 on the SoundScan Praise & Worship, No. 3 on the Billboard Top Christian/Gospel Albums, No. 2 on the UK Official Christian & Gospel Albums and No. 24 on Australia’s overall Aria Digital Albums charts. The album also held onto the No. 1 position on the iTunes® Christian & Gospel Albums chart in the U.S. all week while hitting as high as No. 6 on the iTunes overall Albums chart.

HOUSEFIRES III perpetuates the organic root and sound of the unique Grace Midtown church worship community that consists of almost 50 house churches—small gatherings of regular people who meet in individual homes—in and around metropolitan Atlanta.  HOUSEFIRES organically formed out of this movement in 2014 and is perhaps best-known for their song from HOUSEFIRES II, “Good, Good Father,” a modern classic anthem popularized by Chris Tomlin that has spread like wildfire worldwide.

Remarkably, “Good, Good Father,” written by HOUSEFIRES members Pat Barrett and Tony Brown, also garnered both a “Song of the Year” and “Worship Song of the Year” Gospel Music Association Dove Award nomination the same week that HOUSEFIRES III released. The nominees for the 47th Annual GMA Dove Awards were announced Aug. 10 from Lipscomb University, which is where the awards show will take place Oct. 11 and will air Oct. 16 on the Trinity Broadcasting Network (TBN).

With a 5-star average from multiple reviews on iTunes, and as HOUSEFIRES III streams now on RELEVANT Magazine’s “The Drop,” here is how the critics are responding to the album:

“Anyone who needs to remember God’s fierce love in their lives will benefit from the songs in III, as HOUSEFIRES have created an uplifting atmosphere of worship on this album.” – NewReleaseToday.com

“Once again HOUSEFIRES have created a live worship album that is parallel to none.” – JesusWired.com

“In a world full of overly-studio-manipulated ‘live’ worship albums, it’s refreshing to hear one that sounds like it’s in a real room, at a real church, with real people worshiping…the musical tightness is acclaim worthy. God is revealed and God is praised on this album.” – WorshipTeachCoach.com

“…HOUSEFIRES’ mission to create music that finds its way into homes, bringing them alive with the light of Christ, will be realized with these songs of worship.” – TheChristianBeat.com (5-star review)

Theologically astute, lyrically refined, intimate and joyful, HOUSEFIRES III reflects the near-intangible warmth of live worship unencumbered by any agenda other than to create space for the Spirit of God to move.  “Our hope is that these songs would spark fires that burn bright in ordinary houses all over the world,” says HOUSEFIRES members collectively.