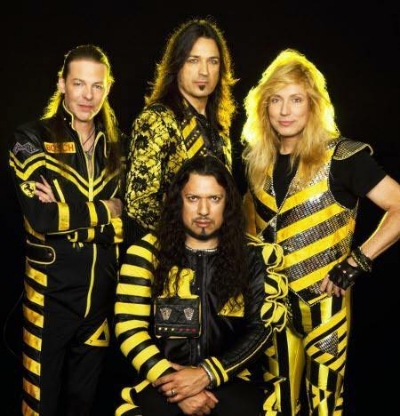 The yellow and black returns this fall, as Stryper embarks on the 30th Anniversary To Hell with the Devil Tour, celebrating the multi-platinum hit album that made MTV history. Paying homage to their early days as a band, Stryper will return to their fan-favorite yellow and black costumes, and play the full album live.

Released by Enigma Records on October 24, 1986, the GRAMMY-nominated To Hell with the Devil is the bands third studio album and the first Christian metal album to achieve platinum status. Throughout 1987, the music videos for “Free” and “Honestly” ranked #1 on MTVs list of most requested videos, and the video for “Calling on You” reached #2. Stryper was the first band to ever have two songs in MTVs Top 10 simultaneously.

To Hell with the Devil literally changed our lives, says frontman Michael Sweet. During that tour we went from playing theaters and mid-sized clubs to arenas, all in a very short amount of time. We never could have predicted the wild popularity of those songs and videos  especially in the mainstream market.

Unlike many of their counterparts, Stryper is comprised of all four original members with Michael Sweet on vocals and guitar, Robert Sweet on drums, Tim Gaines on bass and Oz Fox on guitar. Rocking since 1984, Stryper is responsible for such classic ’80s metal albums as Soldiers Under Command, To Hell with the Devil and In God We Trust. After a sabbatical for much of the 1990’s, Stryper returned strong in the early 21st century. To date, the Dove Award-winning and GRAMMY-nominated band has sold over 10 million records worldwide.

Additional tour dates and VIP Meet & Greet packages will be added in the coming weeks. For more information, visit www.stryper.com. 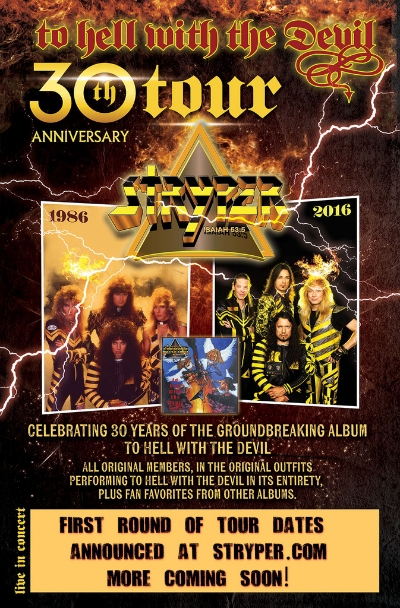