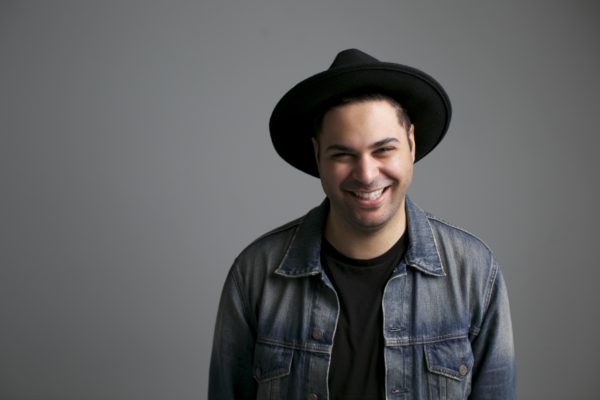 Produced by Scott Cash (Dan Bremnes) and executive produced by Ed Cash (Chris Tomlin), Constant—Marcus’ sixth studio recording—features writing and vocal collaborations from such leading worship names as Paul Baloche and Leeland, among others. Marcus penned or co-penned the album’s seven selections, anchored by the touchstone track, “Glory To His Name.” Constant also showcases “You Are With Me,” co-written with Baloche and nominated for a 2015 Covenant Award; the declaratory “Good To Me” (feat. Baloche); and the title track (feat. Leeland). In addition, the project includes bonus live acoustic renditions of three songs, recorded at a cabin near Nashville.

“I remember looking up at Scott when I was tracking vocals for ‘Good To Me,’” says Marcus. “I couldn’t see his face but he was sitting with his back towards me, both hands raised. I’ve never experienced that in the studio before. There were so many moments during the recording process when we were all almost in tears, overwhelmed as we worshiped with these songs.”

“My desire is that these songs bless and fuel churches and listeners everywhere with a passion and hunger for being in an intimate and personal relationship with Jesus Christ,” he continues. ”I pray these songs encourage and remind us that God is constant in every season, trustworthy through every circumstance, and faithful and sovereign in every trial.”

With five critically acclaimed recordings  to his credit, Andrew Marcus has performed alongside such artists as MercyMe, Leeland and Phil Wickham, among others. A familiar name in Canada’s Christian music scene since his 2007 debut, Salvation and Glory, the multi Covenant Award-nominee also serves as pastor of worship and creative arts at Coquitlam Alliance Church in British Columbia.

The “You Are With Me” lyric video can be seen above.