Listen above as J-Blake White discusses merging faith and entertainment with Entertainment Industry Executive and Author, Jason Davis.  Davis, the founder of One One 7 entertainment corp, shared on his newest release “Business Backwards,” a book that encourages believers to stand firm and execute business with integrity.  In addition, Davis shares some faith filled nuggets & wisdom for entertainment professionals! 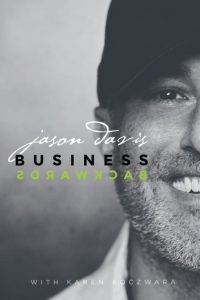 Jason Davis has been an entertainment industry executive since 1999. His broad range of titles includes award-winning songwriter, award-winning author, A&R executive, entertainment consultant, executive TV producer and former Senior Vice President of Dolly Parton’s Management Company. He is the founder of multinational entertainment corporation One One 7, which owns the following media properties:

Television network One One 7 TV

Award-winning book publisher One One 7 Publishing