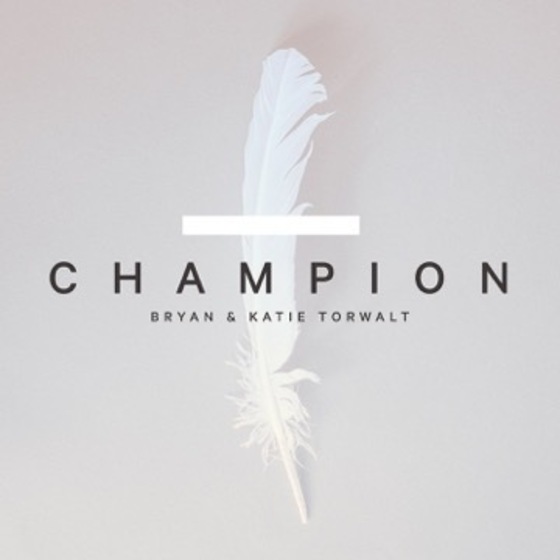 Jesus Culture / Capitol CMG announce the upcoming release from worship leaders Bryan & Katie Torwalt on July 29. The new studio project, Champion, is currently available for pre-order at all digital outlets with the instant downloads of the singles “Let There Be Light” and “High Above.” Click here to pre-order the album.

Champion is the first new album since the husband and wife worship team’s last studio release Kingdom Come in 2013. Their debut album Here On Earth produced this year’s GRAMMY-winning song “Holy Spirit” recorded by Francesca Battistelli, which hit No. 1 on the National Audience Chart and is currently a Top 5 CCLI song.


“This album has taken time to write,” share the Torwalts. “Longer than we had ever planned but, ultimately we feel like it was the Lord’s timing all along. The songs have come as we have lived life and grown. We hope that is reflected in this album. We have moved, started a new church with our Jesus Culture family and grown in our love for the Lord and His people.”

Fans have been able to get a taste of the new collection of worship songs with the first single “Let There Be Light.” This single is one of the group’s first co-writes on the new album with Mia Fields and Hank Bentley. Watch the newly released live video of this special song below.

As impactful writers in the worship realm, Bryan & Katie carefully approach their writing with God’s leading, and it was no exception when it came to this new album and the season they were in personally and how it lead to the theme of the project.
“Originally when we wrote ‘Champion,’ it was what I was needing in that moment dealing with fear and anxiety,” shares Katie. “However, as the album began to take shape and a theme of God’s victory and overcoming was in so many songs, we knew it had to be the title track. We feel with everything that is happening at this time in history, more than ever we want to be declaring the goodness of God and the incredible victory of Christ’s death and Resurrection.”
Bryan & Katie just finished the Jesus Culture “Let It Echo” tour that included top markets like Dallas, Houston and New York City. They will be part of the special nights of worship with the Chris Tomlin “Worship Night in America” in Chicago on July 16 and in Miami on July 19th. More details here.