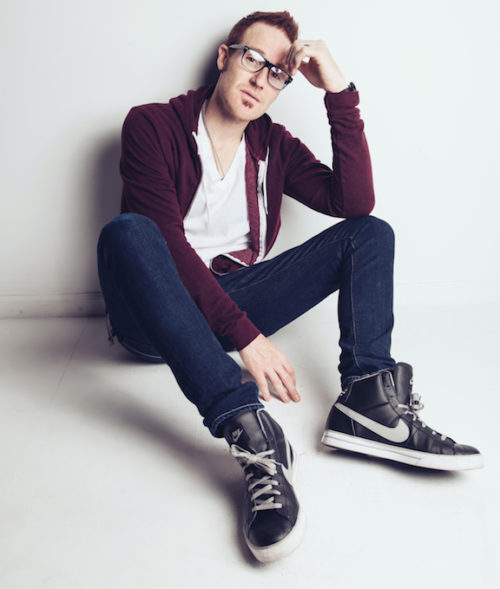 Featuring GabeReal of DiverseCity and penned by Stevenson and producer Bryan Fowler, “Eye of the Storm” is an anthem of hope and encouragement in the midst of hard times. Its message has been quickly embraced by fans around the country, propelling the song to become the biggest multi-format radio hit of Stevenson’s career.

Stevenson’s current chart reign follows last year’s multi-week Billboard Christian Hot AC/CHR #1, “Not Forgotten” (feat. TobyMac). While “Eye of the Storm” is Stevenson’s first AC #1 as an artist, he co-wrote TobyMac’s multi-week smash “Speak Life,” which topped charts in 2013 and was nominated for a GRAMMY® Award in 2014.

This fall, Stevenson will be a featured guest on GRAMMY®-nominated, Platinum®-selling Newsboys’ “Love Riot Tour.” Hitting more than 40 cities around the country, the tour will also include Dove Award-winners The Afters and a special message from acclaimed author and speaker Bob Lenz. Stevenson is slated to join next year’s Jesus Freak Cruise reuniting dcTalk and featuring TobyMac and DiverseCity, Newsboys, Kevin Max and label-mates Finding Favour, Capital Kings and Hollyn.

Following a seven-year stint as a paramedic, Ryan Stevenson signed an exclusive agreement with Gotee Records in 2013 after capturing TobyMac’s attention. His first recording for the label was the Holding Nothing Back EP in 2014, followed by 2015’s full-length Fresh Start. The Pacific Northwest native is a husband and father of two boys.