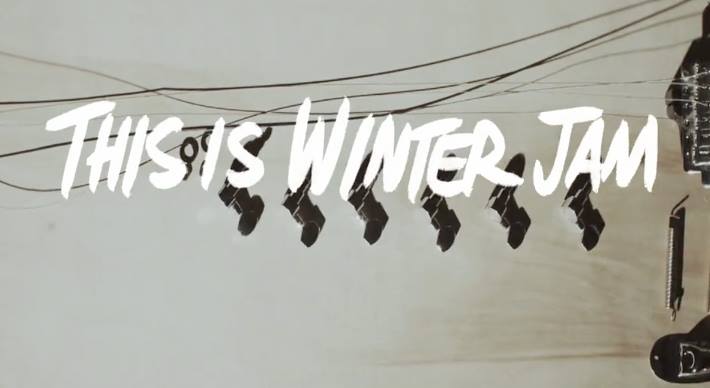 Review: Winter Jam comes to screens with “This Is Winter Jam”

Earlier this year the people from the nation wide hit tour Winter Jam Spectacular released a full-length film taking a behind the scenes look at the annual tour that stops in cities all over the country. The movie was featured in theatres across the country for one night only on April 19th, and it was recently released on DVD.

The movie is split into 7 topics, and it was filmed over a period of two years. This gave viewers the chance to hear from many different artists who have been involved with Winter Jam. It includes interviews with artists like for KING & COUNTRY, TobyMac, Michael Tait, Skillet, Jeremy Camp, Francesca Battistelli, and many more. A special touch during the interview portions is the conversations with Winter Jam fans that attend the shows each year.

The interviews are all shown in black and white, and broken up with various performances shown in color to make viewers feel like they are one of thousands at a Winter Jam show on any given night. Performances include Arise My Love (Newsong), Chainsaw (Family Force 5), Who You Say You Are (About A Mile), Who I Am (Blanca), He Knows My Name (Francesca Battistelli) and many others.

After a performance from Skillet, the film opens with Eddie Carswell (Newsong) and Roy Morgan (Premier Productions) talking about the history of Winter Jam and how it all began. The second part of the movie gets into the fun atmosphere the artists create while on tour. From ping pong and video games to the annual corn hole tournament, the tour crew never have a dull moment or lack joy. It gives viewers a chance to see how competitive their favorite artists are. We also find out that Joel Smallbone from for KING & COUNTRY is not very good at sports, and Jeremy Camp agrees! An interesting topic that is covered in the movie is the newer bands that open the show, and how they start as openers and work up to headliners.

The film moves on to really get in to the behind the scenes elements that concert goers don’t see. The process of setting up and getting arenas ready every night. Viewers get a little glimpse into that process, and understand how difficult of a job it really is. It is so impressive, and it is clear that without the crew none of this tour would be possible.

Viewers also get a glimpse into Jam Church, the church service held on Sundays during the tour run. It is a special time when all of the artists come together to worship God. It brings the artists together and creates a family atmosphere when the crew can’t be with their families.

Overall This Is Winter Jam gives viewers a chance to get an inside look at the tour that so many have seen year after year and loved. For those who may not have ever been to a show, they had the chance to see some live performances from the tour. The film was a great first look into what goes in to the tour, but it leaves viewers wanting more in terms of a more day to day look at what Winter Jam is like. People would like the chance to be a fly on the wall for a weekend on Winter Jam, which would have been nice to see at some point during the movie. All this to say, “This Is Winter Jam” gives viewers a glimpse into the bigger picture that is the annual concert tour which is loved by many.

Buy “This Is Winter Jam” on Amazon here