Two-time GRAMMY-Award winners for KING & COUNTRY will embark on their biggest headline tour to date this fall, along with KB and special guest Jordan Feliz. The tour, dubbed “Priceless | The Tour [Fall 2016],” will correspond with the band’s first feature length film of the same name.

The tour kicks off on October 6th in Cedar Rapids, IA and will make stops in 20 cities before ending in Abilene, TX on November 11th. Fans should expect some surprises during the all-new two-hour show including guest performances and an all-new set design. VIP packages include early entry, a Q&A session with Joel and Luke, as well as a poster for their upcoming film. Tickets can be purchased through the band’s website: www.forkingandcountry.com

“There are not many moments that are more inspirational than when we’re all brought together by a song and the spirit behind it,” said Joel Smallbone. “To be stepping out on tour this fall to rally behind “Priceless,” as well as our upcoming film (Priceless), is thrilling indeed. Not only that, but to have (hip-hop artist and friend) KB, plus young gun, Jordan Feliz, feels like it’s going to be a tour to remember!”

Priceless is the film debut of Joel and Luke Smallbone of for KING & COUNTRY. Starring alongside Joel are Bianca Santos (The Fosters, the DUFF), Jim Parrack (True Blood), and David Koechner (The Office, Anchorman). Priceless is the story of James Stevenson (Joel Smallbone), who was, at one time, a good man with a great life. After the tragic death of his wife and losing custody of his little girl, James is at the darkest crossroad of his life. Angry, desperate, and unable to hold down a steady job, he agrees to drive a box truck on a shady, one-time trip cross country for cash — no questions asked. But when he discovers what he is delivering is actually who, he is compelled to save two beautiful and frightened sisters who are unaware of the danger that awaits them.

Soaring melodies, driving rhythms, theatrical instrumentation and personal themes are the heartbeat of for KING & COUNTRY. The Australian duo raised expectations with the release of 2012’s Crave, winning Billboard’s New Artists to Watch for 2012, and has since sold half a million albums and been streamed over 100 million times. Their sophomore effort Run Wild. Live Free. Love Strong. garnered unanimous critical praise with a #1 debut on iTunes and followed with a Grammy for Best Contemporary Christian Music Album. Recently, they headlined the world’s largest annual tour with 60-dates during Spring (2016). They have performed on numerous network television shows including The View, Jimmy Kimmel Live!, The Today Show, The Tonight Show, FOX and Friends and have songs featured on the Emmys, The Super Bowl, Sunday Night Football, U.S. Open, 7UP and more. 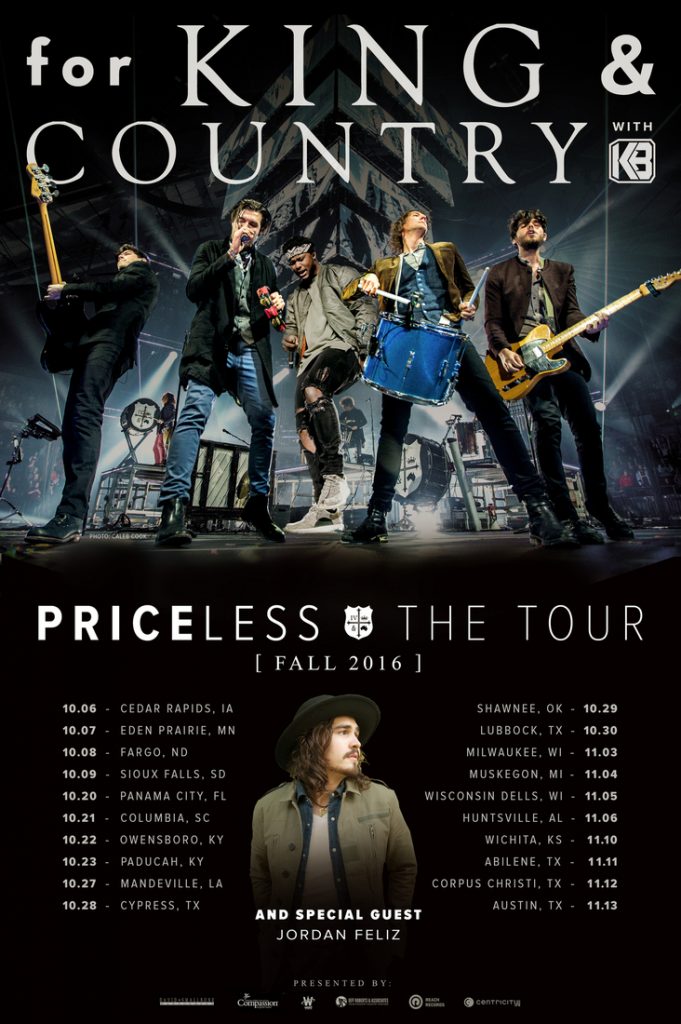