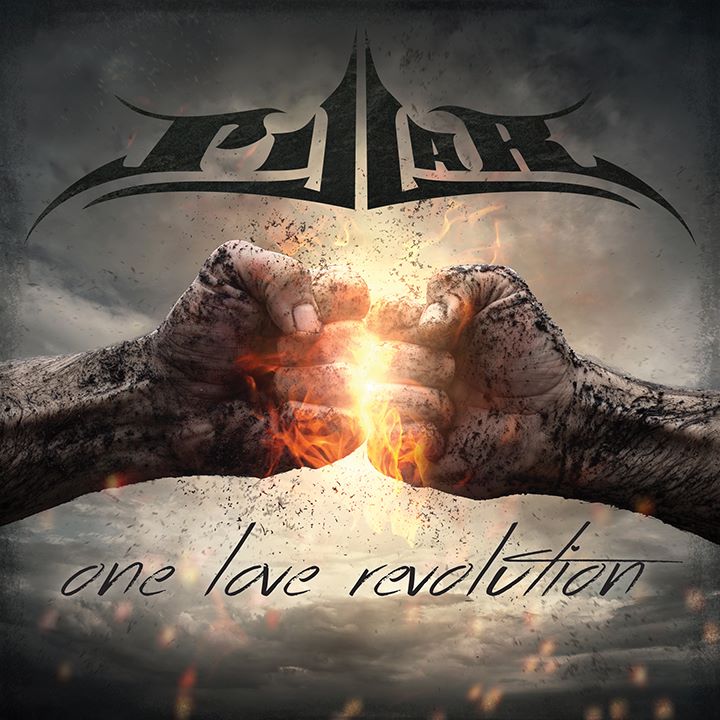 Pillar Return To Top Form with One Love Revolution

Pillar have found themselves again with One Love Revolution after several years of struggling to plant their feet in an industry of constantly shifting demands. The band’s 4+ year hiatus yielded a record that is stronger than 2006’s The Reckoning, their last on a major label.

One Love Revolution is filled with solid hard rock grooves and head-banging material. The title track kicks off the record with a great beat, and is definitely the anthem of the collection. One Love Revolution then moves on to darker themes, with heavy guitars and catchy riffs in “Disconnect.” “Nails” packs a punch, and is finished off with one of the heaviest parts of the album, which will remind longtime fans of the secret track hidden in 2004’s Where Do We Go From Here?. Radio friendly “We Ride” includes a great opening riff, and flows with similarities to Trapt and Breaking Benjamin with its swiftly changing licks and tightly knit drum patterns. “Shooting Star” has a driving beat, and is followed by the softer, more serious-toned “Unafraid.” The instrumental “Ember of Hope” showcases a masterpiece Pillar jam session. The second half of the record (yes, there are 14 full tracks) is a steady stream of heavy guitars and pounding drums, lead by “Paratrooper,” which is reminiscent of even older Pillar (Rob Beckley is spotted rapping again!). Headbangers will enjoy “Embrace the Chaos” for its heavy drums and scattered screams. “Lion Leads The Way” has a touch of Mudvayne in the guitars, has several tempo changes, and an old school screaming guitar solo. The ballad of the record comes in “More Alive,” bringing brighter chords into the mix, and leads into acoustic picking in “Don’t Cry Forever.” “Fall to Foe” puts a solid finale on this comeback album, with decisive and powerful lyrics (I will not fail, I will not fall / you never will break me!) and a guttural scream at the end.

One Love Revolution is the album for Pillar fans from 10 years ago who knew they could pull through. It’s also the album for brand new listeners to experience them at their best. Whether or not this reuniting of one of the pioneers of Christian hard rock will last, it will certainly leave an impression as to how to do things right.