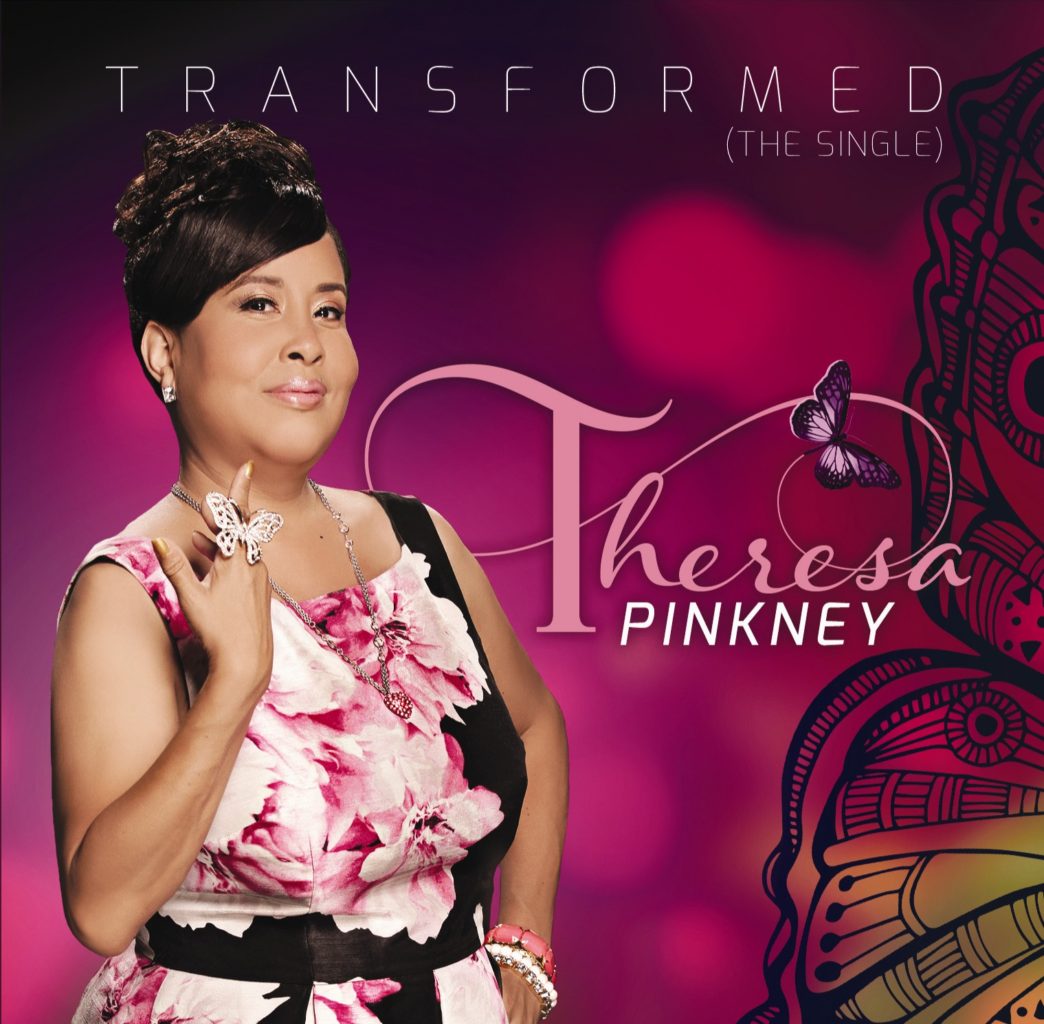 Contemporary Gospel artist Theresa Pinkney was introduced to the Gospel music community with her debut release, Me Against The World.  The album’s runaway hit was “Count It All Joy”, a bouncy single which topped the CJB Radio chart for many weeks and also hit the UK Soul Chart.  Now this gifted singer, who has been referred to as “The Teena Marie of Gospel music”, is prepping her sophomore release.  The new project entitled, Transformed, is scheduled for release in fall 2016, but fans will get a sneak peak of the CD with the release of a new song, “Transformed”.  Available now, Theresa Pinkney has released “Transformed”, the lead single of the upcoming record, along with the bonus track, “Front Line”.  Both tracks are available on iTunes and digital music outlets.

Those who loved the previous project from the songstress will be pleasantly surprised with the new songs.  Theresa has grown since her debut and “Transformed” isn’t just the title of her forthcoming album and new single, but it’s her new mindset as well.  She says, “A little while ago, I came to the realization that I was in a cocoon.  I was not all that the Lord had called me to be.  That’s when He let me know that I needed transformation.  The process has been a little uncomfortable, but that’s what being born again is all about.  It’s about a newness, a change.  I decided that I wanted to become all that God had visualized for me, my life and my ministry.  That change has required boldness and a strong desire to please God and not man.  This new CD is a reflection of that change.”

The lead single flaunts the rhythm and praise style that Pinkney is known for.  Her captivating soprano shines on “Transformed”, a song she penned.  Produced by Jaida Thompson, the track is urban-flavored with a splash of inspiration.  Fans will certainly love the DJ Bam-produced bonus track, “Front Line”.  Theresa had someone special in mind when she wrote the tune.  “Front Line is for those who reach out and minister to others,” she says.  “I was thinking about how hard my husband, Ronald, studies the word.  I also thought about all the other bishops, deacons, preachers, and teachers who stand on the front lines of battle delivering God’s word, praying for us and shielding us from the enemy.”

Born and raised in the Nation’s Capital, Theresa Pinkney has been blessed with a talent for music since she was a child.  She attended the renowned Duke Ellington School of the Arts and was part of two ensembles, Just Breathe and Pastor Earl Miller & Purity, before going solo a few years ago.  Known for her sweet spirit and a voice to match, Pinkney caught the attention of the industry with her solo debut, Me Against The World.  She’s been featured in Gospel Today Magazine, seen on Atlanta Live and performed nationally.