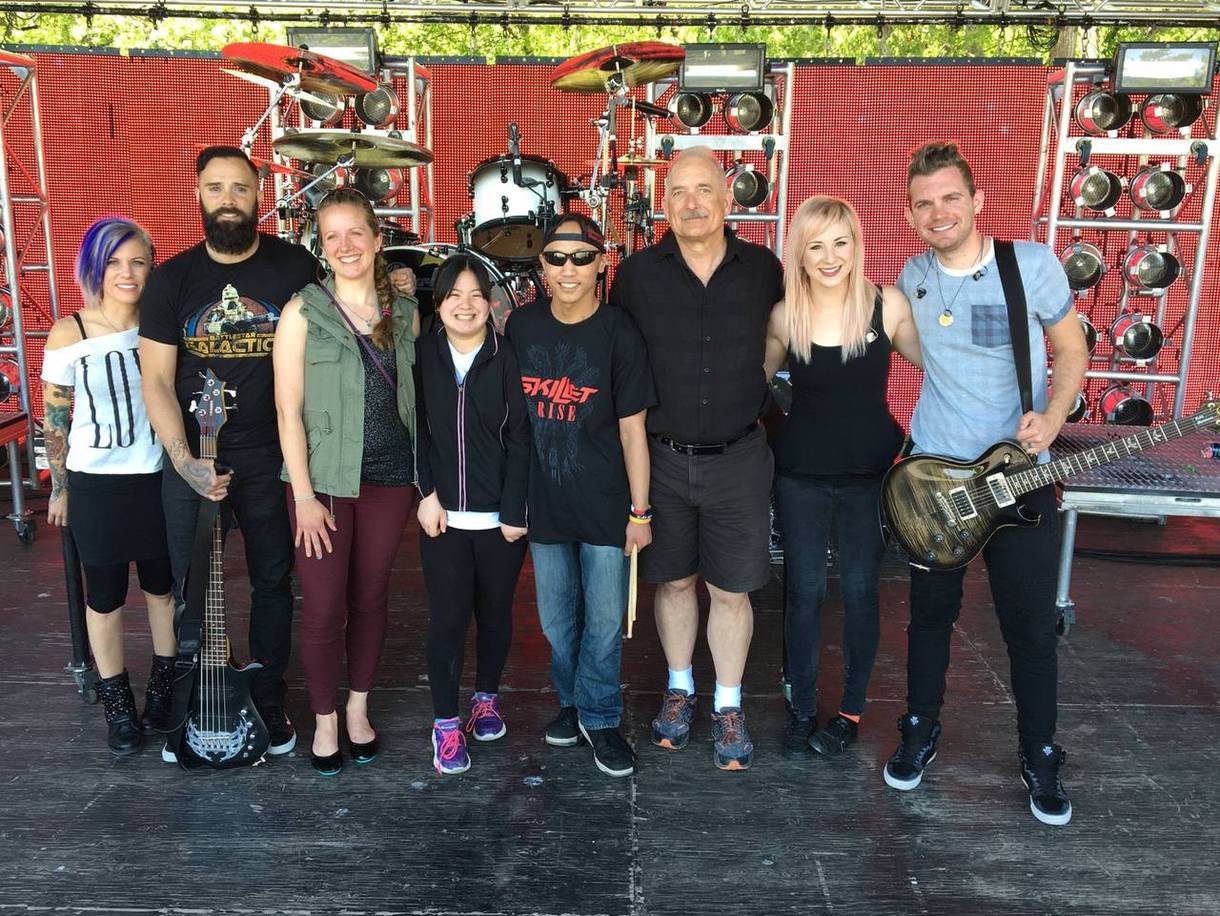 Wish Child Nathanael and his family joined Skillet during a tour date in Oklahoma City to fulfill his wish of playing with the GRAMMY® nominated rock band onstage. Joining Skillet during soundcheck, Nathanael had a blast drumming to their double platinum selling single and most streamed song in CCM history, “Monster,” while the rest of band jammed with him. He was also treated to a special guitar session with Skillet’s Seth Morrison.