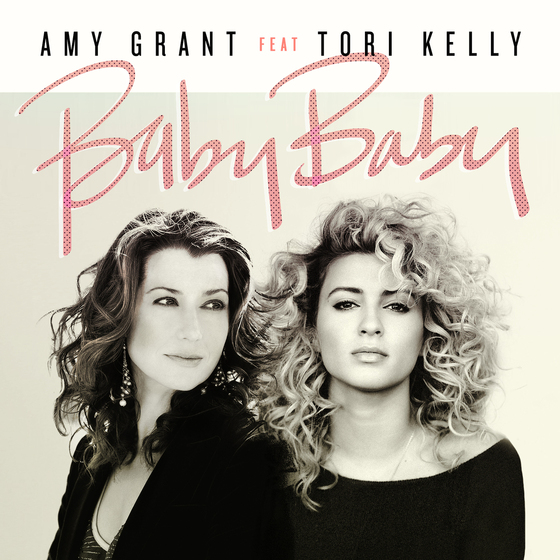 Multi-platinum selling Amy Grant’s crossover album Heart In Motion and multi-format No. 1 “Baby Baby” is celebrating it’s 25th anniversary. To commemorate the milestone, Grant united with GRAMMY® nominee Tori Kelly for a timeless, multi-generational collaboration of the No. 1, available digitally this Friday, April 29. Today, an audio premiere of the song is available exclusively on PEOPLE.com. MarieClaire.com joined in the excitement, sharing behind the scenes footage of Grant and Kelly.

“Baby Baby” took No. 1 on both the Top 40 and Billboard Hot 100 charts, while simultaneously hitting top 10 in ten countries. The album bearing the song (Heart In Motion) garnered four GRAMMY® nominations and was RIAA® certified 5X platinum. Grant initially unveiled the news to fans via social media after sharing a personal series of throwback photos.

“I loved the way that Dave Garcia crafted the new version of ‘Baby Baby’ together, using part of my original vocal and then pairing it with Tori’s new vocal,” shares Grant, exclusively with PEOPLE. “Tori is such an incredible vocalist, one of the most effortless singers I have ever heard, and once she starts singing it is like a rocket engine has been strapped on to the song and she takes us all on a ride. I really think she knocked it out of the park.”

Grant is currently on the “LIVE LIFE TOGETHER TOUR” with Nichole Nordeman and Ellie Holcomb, presented by World Vision.