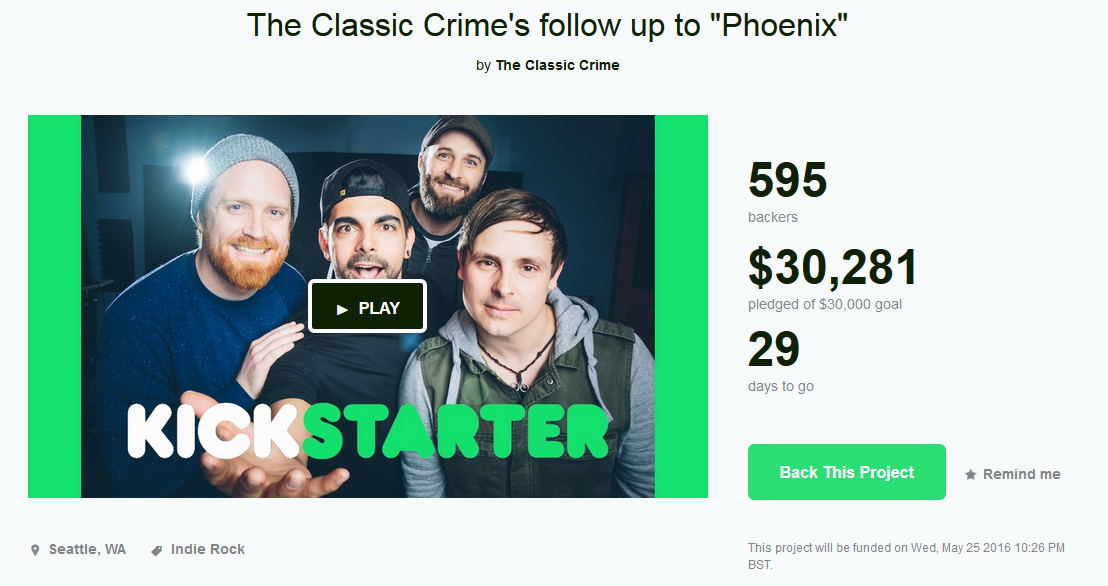 Just over 4 hours ago, The Classic Crime officially announced via a Facebook live video that the Kickstarter for their new album was officially launched, launching it mid stream. Just 3 and a half hours later and the band had to stream live again (poor them!) to thank fans for their overwhelming support as the project reached it’s $30,000 goal mid stream. Long story short, a new album from The Classic Crime is expected within the next year, with the kickstarter packages’ expected delivery hinting at a February/March release early next year.

Although the project has already successfully been funded, there’s still 29 days for you to get involved and grab tons of cool pre-order packages, some of which have limited availability. To view the various packages available, to watch the kickstarter video, and to read the kickstarter’s description, head to the link embedded below.

The new album will be the band’s first album of original songs since their 2012 release entitled Phoenix.