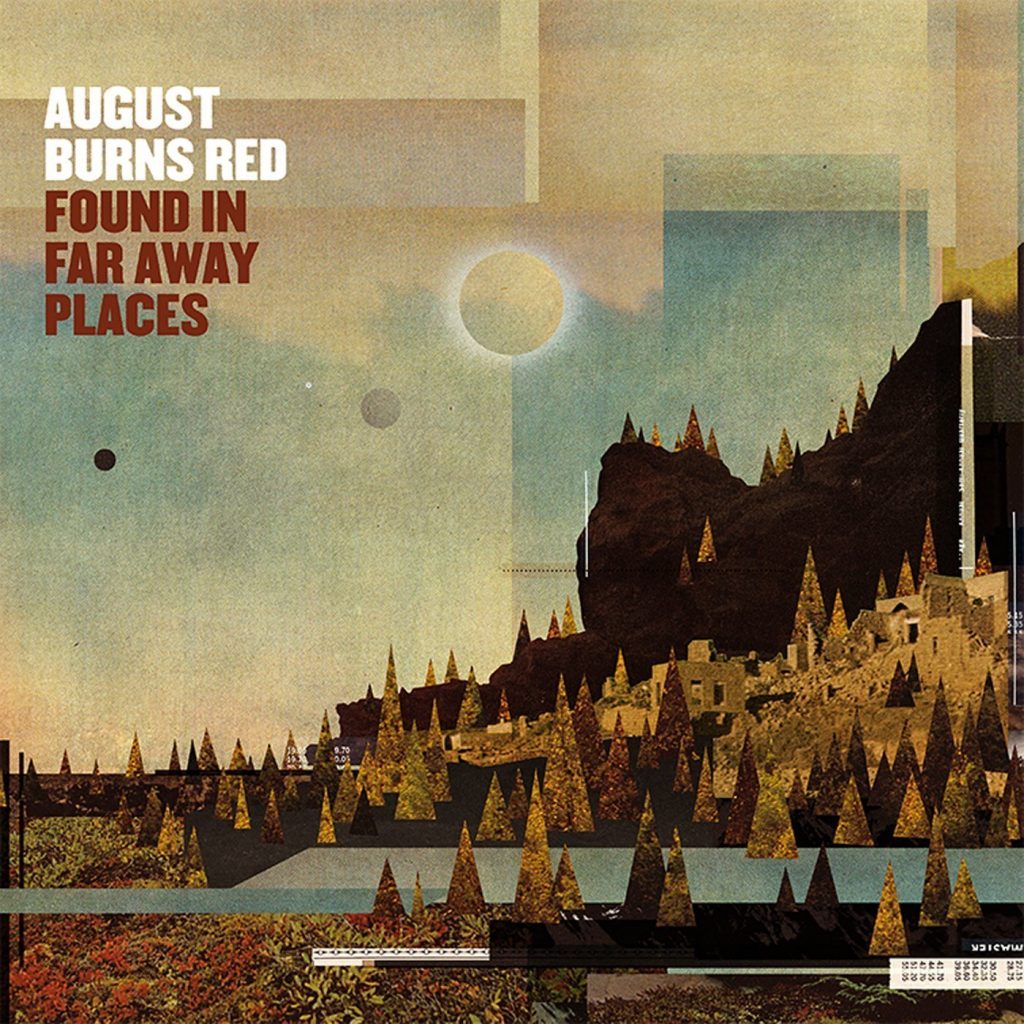 August Burns Red return with guns blazing for their 7th studio album, Found In Far Away Places; their first under Fearless Records after a full career with Solid State now in the rear view. It seems the label switch really churned things up in the writing process, as perhaps for the first time since 2005’s Thrill Seeker, every song on this album can steadily hold its own. More catchy riffs, a variety of musical styles from acoustic to flamenco to near-swing, and even a MIDI version. There is no fear of falling into a 5-track it-all-sounds-like-one-song trap. Not with this record.

Right out of the gate,”The Wake” sets the pace and tramples all doubt that they mean business, with a mix of breakneck speed double bass and killer breakdowns. The intensity continues with head-turning licks throughout songs like “Martyr,” “Separating the Seas,” and “Majoring in the Minors.” This culminates in the emotional “Ghosts” featuring the vocals of A Day To Remember’s Jeremy McKinnon. The mood changes with a softer, almost contemplative bridge in “Everlasting Ending,“ and is met by the heavy hitting chorus of “Broken Promises.” A clean guitar opening echoes throughout “Blackwood,” and is followed with the angst of dissonant riffs in “Twenty-One Grams” (how much is too much? / how far is too far?). Headbangers will appreciate the punch and steady pace of “Vanguard,” and may be intrigued by its electro-pop sounding intro (an ABR rarity). “Marathon” sprints toward the finish line with familiarity to earlier albums. The record is rounded out with an acoustic/toned down reprise of “Majoring in the Minors,” and a MIDI version of “Identity,” which has some fans hoping remixes will become a staple of future albums.

August Burns Red proves with Found In Far Away Places that their new label has found them worthy of going to the next level in their career. May God be with anyone that stands in their path.