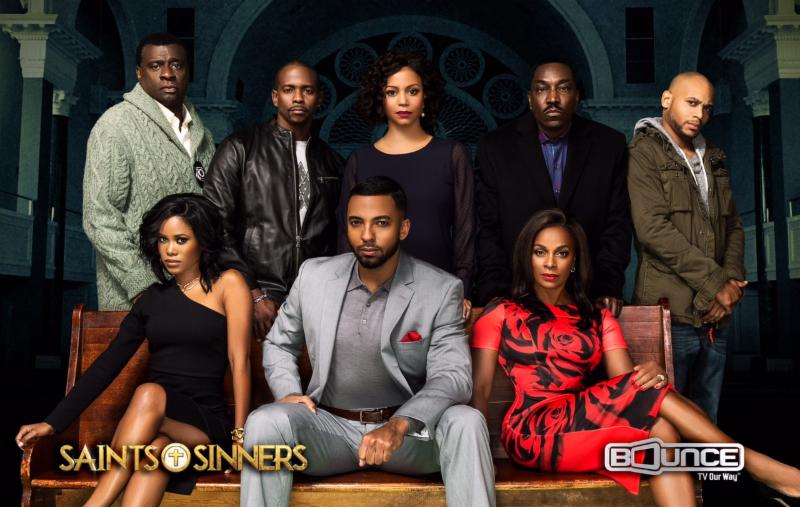 As detectives start to close in on their prime suspect, the pressure mounts and more secrets and relationships are revealed on an all-new episode of the hit Bounce TV drama series Saints & Sinners this Sunday, April 10 at 9pm ET/8pm CT. Click here to watch a sneak preview of this Sunday’s episode.

Leading into the episode, Bounce TV will world premiere the music video of “Oh My God” by Gospel superstar group KlarKent, featuring Derek Minor, at 8:55 p.m. ET. The song is featured on Saints & Sinners: Original Soundtrack From Season 1 available now via all digital retailers.

Bounce TV ranked in the top five among all ad-supported cable networks in the delivery of African Americans on Sunday night with Saints & Sinners ranking third behind only The Walking Dead on AMC and Real Housewives on Bravo. Please click here to read more about ratings.

CATCH UP ON SEASON 1 OF SAINTS & SINNERS

If you would like to catch up on the dramatic moments during Season 1, please visit the Saints & Sinners show site here.

Follow Bounce TV on social media for updates, behind the scenes clips, and more!