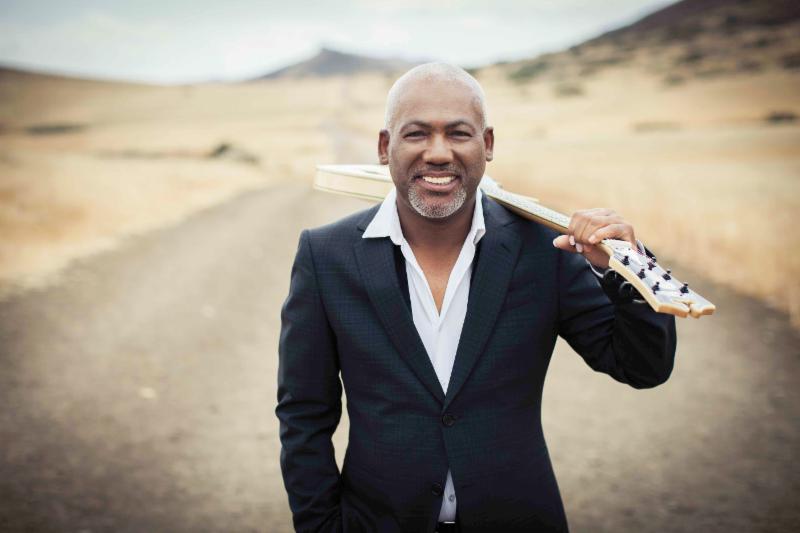 Jonathan Butler Releases I Am That I Am Lyric Video

Grammy® Award-Nominated Rendezvous Music Recording Artist JONATHAN BUTLER found that sharing about the last few years of his personal life through song on his latest Gospel album, Free, was a healing experience. Each song on Free is a snapshot of how God moves in the everyday ups and downs of life. Now, Butler is gearing up for a string of tour dates and a new single and lyric video release for the fan favorite and deeply personal track “I Am That I Am” from the project. “I Am That I Am” is an uplifting, upbeat worship anthem about the sovereignty of God written by Butler featuring his soaring vocals praising God’s name.

“I was inspired to write “I Am That I Am” from knowing He is the God of all creation; the song magnifies that,” said Butler. “For all of mankind and all creation…mountains, they tremble, oceans, they roar, trees clap their hands as we adore, God the creator. “I Am That I Am” is my adoration and expression of my love for God.”

Butler has tour dates and promotional appearances planned across the country over the next several months in support of his upcoming single, which is impacting Gospel radio on April 11. “I Am That I Am” was recently debuted on Daystar TV’s Marcus and Joni show where Butler also performed “Be Encouraged,” and he also performed several tracks from Free on Daystar TV’s Joni Show. Butler will be performing on an upcoming episode of TBN’s Praise The Lord and Gospel Superfest among other promotional stops and concerts.

Butler’s album Free contains 11 rousing tracks, including the single “I Am That I Am,” the title-track “Free,” the joyful tune “You Are The One,” and the tender ballad “Where Would I Be.” The album was produced by longtime collaborator and friend Luther “Mano” Hanes who also co-wrote two of the album’s tracks including “Where Would I Be.”

Jonathan Butler has sold more than 1.8 million albums worldwide including Gospel albums Brand New Day and Grace and Mercy and continues touring the globe maintaining a comprehensive concert schedule. Butler has lead worship at the Dream Center in Los Angeles and at El Paso’s Destiny Family Christian Center. He is currently worshiping at Center of Hope in Inglewood, Calif. For the latest on Butler, visit JonathanButler.com.