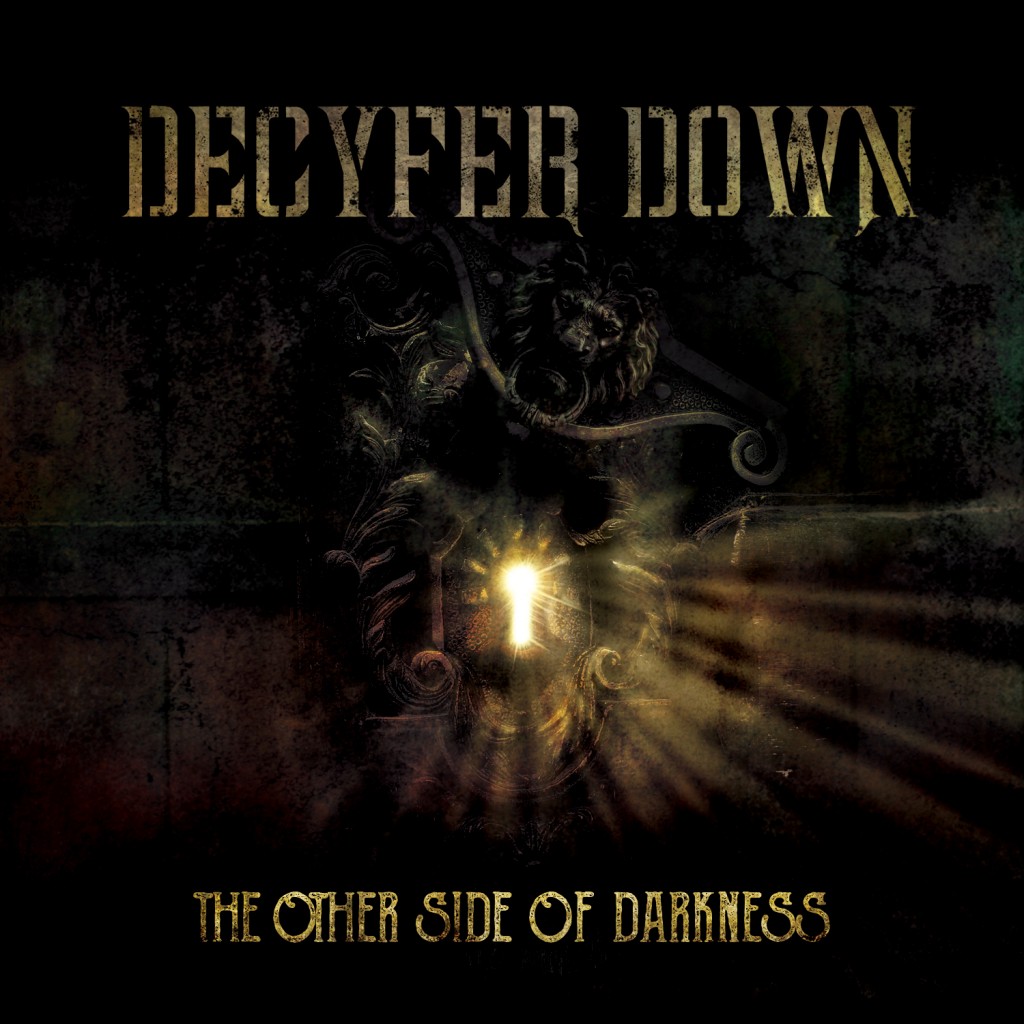 After being backed by a label of some sort for all of their previous releases, Christian rockers Decyfer Down decided to go the crowdsourcing route for their fourth full-length, which was initially only intended to be an EP. Thanks to faithful fans, however, the North Carolina collective was able to fund a 10-track effort with The Other Side of Darkness.

The blood-pumping opener “Rearrange” is very Pillar-esque with the foot-stomping beat, making it a decent way to kick off the record. “Dead Skin” keeps this intensity at full-throttle thanks to a pummeling riff and a bridge where the guitars go crazy. Instrumentally speaking, “Nothing More” feels like a fast nu-metal jam, so it’s a bit of a disappointment when T.J. Harris doesn’t rap at all. Nevertheless, it’s a solid choice for a lead single, and the ferocity cannot be matched, particularly in the middle of the song. “Believe in Me” may slow the pace ever-so-slightly, but it’s still a driving rock tune, just with more melody due to the prominence of piano. The title track picks back up with the intensity, but aside from that doesn’t really stand out.

The underlying riff on “Beautiful Lie” stays present throughout the entirety of the song, even to the point of taking over for a brief moment at the very end. “Lifetime” starts out as a ballad and follows in the vein of “Believe in Me,” just without the keys this time around. “Anchor Me” is about as heavy as it gets for the quintet, and keeps the blood pumping, making it one of the record’s highlights. Its immediate successor, “Don’t Walk Away,” is solid in its own right with a crunchy riff at the forefront, before “Burn Back the Sun” closes things out. The band initially released the latter track on their debut full-length (and only effort with original frontman Caleb Oliver); this rendition is a more stripped-down, acoustically-driven take on the Oliver classic. It’s a more subdued way to finish things, and it honestly doesn’t sound like it belongs on the album, but overall isn’t bad.

Pre-order The Other Side of Darkness
Digital