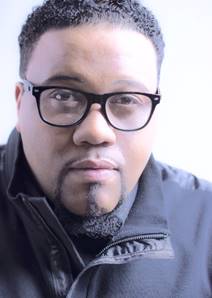 Experiencing loss is one of the hardest things a believer can endure. Release The Limit Recording Artist James Powell has lost much including his job, his home, his health, his happiness, all of which only scratch the surface, but he has also witnessed God’s restoration power.  His new single, “Recover”, from his third release, Reconstructed, is not only a personal testimony, but it’s a song of healing.  The psalmist, who has opened up for artists like Vickie Winans, Israel Houghton and Darius Brooks and who recently won the 2015 Akademia’s Best Contemporary Christian Album of the Month (for November 2015), has been receiving great reviews about the single.  The concept music video of “Recover” was just released and has been touching lives as well.  Click here to view the video: https://youtu.be/RW5VgM_oc0o

Presenting a variety of real-life situations, the video beautifully captures the poignant message of the song.  James says, “I wrote ‘Recover’ in 2010, when I was going through a really tough period in life.  It seemed like one thing after another was hitting me.  I was desperate to hear from God.  I said to Him, ‘When is this going to stop?’ Then He spoke to my spirit and said one word, ‘recover’.  I researched the word and it’s defined as ‘the process of regaining what was lost’.  God also told me that I wasn’t really losing anything; things were being removed and replaced with better things.  That’s exactly what the Lord did for me.”

The song is one of the highlights on James’ most recent release, Reconstructed.  The 12-track album contains clever remakes of classic hymns of the church including “Nothing But The Blood”, “All Hail The Power Of Jesus’ Name” and “Victory In Jesus”.  James has a strong desire to preserve the old songs of the church and chose to celebrate them on his latest record.  “With Reconstructed, I wanted to deliver a real sound,” shares James.  “On this project, there is nothing digital; all the instruments are real.  I wanted to make sure that the authentic and foundational nature of these hymns were captured.”

Growing up in the church, it’s easy to understand why hymns are so close to James’ heart.  Hailing from Jamaica, Queens in New York City, he was surrounded by a family of preachers, singers and musicians.  Not only was he inclined to music, but he was called to the preaching ministry as a youth.  He became a preacher at the age of 13, sanctioned by his grandmother, who was also his pastor at the time, to “speak what God was saying to him.”  In 2006, he was ordained as a pastor in Holy City Covenant Church International.  Currently, he is pastor of Kingdom Life Power Center in Rancho Cucamonga, California.  On the musical front, he formed the group James Powell & Remnant in 2011 and released a number of projects with the ensemble.  Now a solo artist, he released Reconstructed in August 2015.  The project is currently available on iTunes and other digital retail sites. For more information about James Powell, log on to www.rtlrecords.com.  Connect with him on Facebook, Twitter (@heyjamespowell) and Instagram (@heyjamespowell).