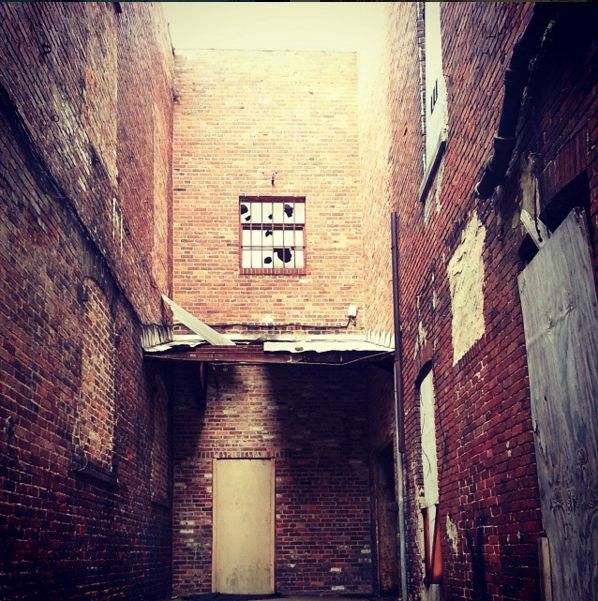 “When the Son of Man comes in his glory, and all the angels with him, he will sit on his glorious throne. All the nations will be gathered before him, and he will separate the people one from another as a shepherd separates the sheep from the goats. He will put the sheep on his right and the goats on his left.

Then the King will say to those on his right, ‘Come, you who are blessed by my Father; take your inheritance, the kingdom prepared for you since the creation of the world. For I was hungry and you gave me something to eat, I was thirsty and you gave me something to drink, I was a stranger and you invited me in, I needed clothes and you clothed me, I was sick and you looked after me, I was in prison and you came to visit me.’

The King will reply, ‘Truly I tell you; when you served at the local soup kitchen, when you sent bottles of water to areas struck by tornadoes, when I was homeless you let me spend the night at your house, when you had extra clothes and donated them to the Salvation Army, when you made weekly visits to the hospital, when you came to the YDC,…whatever you did for one of the least of these brothers and sisters of mine, you did for me.’

They also will answer, ‘Lord, when did we see you hungry or thirsty or a stranger or needing clothes or sick or in prison, and did not help you?’

He will reply, ‘Truly I tell you; when you saw me standing at the traffic light and drove by without giving me anything, when you saw me on the back alley shriving in the cold but went to Starbucks without thinking twice, when you saw my house burning down but didn’t check to see where I was sleeping that night, when you cleaned out your closest and cashed everything in for money instead of seeking out a needing family, when I was suffering from mental illness and you shunned me, when I was a recovering alcoholic and you told me not to come back to your church…whatever you did not do for one of the least of these, you did not do for me.’

Then they will go away to eternal punishment, but the righteous to eternal life.”

I know, I know this is a much different tone than my pieces thus far. It appears I have come out kicking and screaming for some reason, but trust me here. I will say I used to write like this a great deal because I would get upset at the apathy of others, but that is not the point for today.

Most often this text is used as a scale, measuring who has met the standard and who has not. For the prideful, it can be used to condemn others for not doing enough. For the prayerful and meditative, it can seem daunting. For the unbelieving, it seems harsh. But we must look deeper. In this Scripture Jesus helps humanity understand everyday Grace. He tells the “sheep” that they were a blessing to Him by the simple tasks they did for their fellow man. Suddenly we are in servitude not only to humanity, but now divinity when we do what seems mundane and unimpressive. And this is Grace not only working through us, but to us from others. No longer are we seeking His blessing by way of a physical altar, but we know it comes instead from personal sacrifice.

And we now find a great hope in our desire to serve others because it does not require a missions trip overseas or planning a large event at a shelter or rallying a team of people together to figure out what “project” to focus on next. It simply requires you and me looking with His Eyes and, just as important, acting with His Hands and Feet. We can do this each and every day. So this week make an effort to see an opportunity to come alongside someone with a meal or a bottle of water or a place to sleep. Believe me when I say it won’t be hard to find. Then, just do something about it. Don’t wait, don’t plan out, don’t phone a friend. Just act on the situation. Maybe this old hashtag I came up with years ago will help, #PrayingByDoing. It’s true. We can all do something.