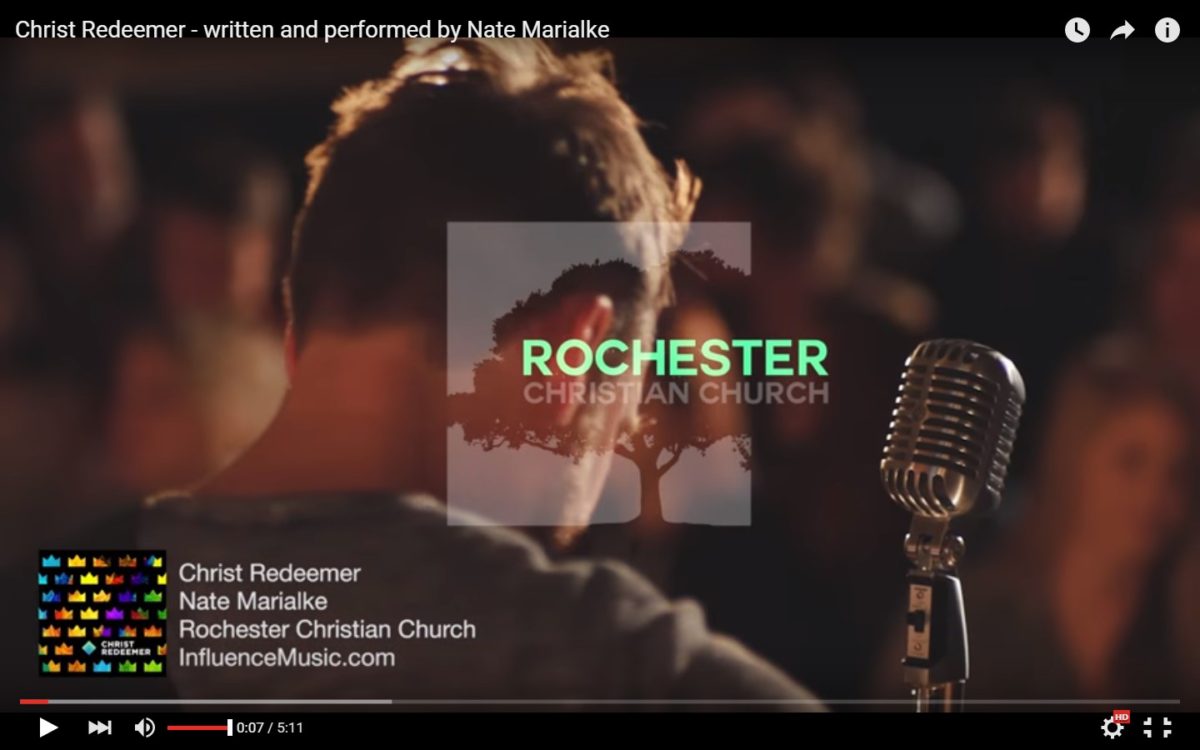 Unforgettable, Experiential…for Easter and Beyond

When a songwriter pens the song that may be the crescendo of his or her life’s work, it would be great to think that there would be some kind of sign—a bell dinging or fireworks bursting overhead or even a little reveille horn bit to signify ‘This is the one!’ But that never happens. A more likely scenario, especially in the realm of worship songwriting, is this: the Spirit moves, the worshiper/songwriter writes and until the song finds its way into the hearts of the congregation, no one ever knows how far the song will reach or the impact it will have.

Darlene Zschech wrote “Shout to the Lord” in 1993, discouraged by financial struggles and the challenges of raising a young family. Two decades plus later, it is sung all over the world.

How could anyone know that “10,000 Reasons” written by Matt Redman and Jonas Myrin in one hour, would be sung, five years later, by inmates in Indonesia just minutes before their execution by firing squad.

And those are just two examples. No one knows the lengths God goes to or what He will use to draw people to Himself.

For Nate Marialke, worship pastor at Rochester Christian Church near Detroit, there were no bells or fireworks or even a second thought, really, about his lyric for “Christ Redeemer.” He’d been writing a song a week and sending some of those songs to Influence producer John Hartley along the way. Marialke hadn’t given much thought to the little hymn he’d penned. But when Hartley called him within five minutes of hearing the song, saying ‘This is the song we’ve been looking for,’ he reconsidered the song’s potential.

“My greatest desire as a worship leader is to pursue the presence of God and be open to what the Spirit is saying in worship,” says Marialke, an AG preacher’s son who grew up in rural Michigan. “As a songwriter writing for that purpose, I always set out to say as much as possible in as few words as possible. ‘Christ Redeemer’ essentially tells the story of Jesus, from the prophecy in Genesis to the book of Revelation, where all the nations gather to worship—all in one song. The gravity of his story, of what Christ has done for us and His victory over death… these cannot be overstated or over-celebrated.” Reminiscent of the modern classic “In Christ Alone” by Keith Getty and Stuart Townend, “Christ Redeemer” may well be the song that reaches around the world. Released February 2016 as one of the tracks on the Christ Redeemer Easter EP from Influence Music, this mid-tempo worship anthem strikes a powerful chord among worshipers. “From the first moment we sang it in church, our people just erupted in praise. It’s been exciting to be part of it, Marialke says. “This is what you want, to see people experience Jesus in a fresh way.”

“It’s always been my dream to contribute songs to the Body of Christ that are both theologically rich and accessible, to encompass as many people as possible,” says Marialke. “Easter is a time to give ourselves to worship in response to the gravity of who Jesus is and what He has done through his death and resurrection. Whenever you’re singing about Jesus, He is the essential unifying reality.”

At Rochester Christian Church, where Marialke has served as worship pastor for the past eight years, Spirit-led worship is the first priority. In addition to hosting Vertical Friday, a worship-only service every Friday night, the church devotes at least an entire hour to worship on Sunday.

“Honoring and hosting the presence of the Lord is what distinguishes us from other people groups,” says senior pastor Richard Crisco, whose early ministry began at Brownsville Assembly in Pensacola. “Without it, we are no different than the club down the street. …We have no other agenda. We believe God inhabits the praise of his people, that when we come together collectively, in one spirit, our awareness becomes in tune with him. That’s why we try to cultivate a culture where we teach people to linger, to be intentional, to honor, adore and engage. And when his glory shows up, it creates an atmosphere where God can in a moment do what we could never do in a lifetime. Only when the Holy Spirit touches people’s lives are they truly changed. That’s why we give so much attention to worship.”

“Christ Redeemer,” he says, is more than another Easter song. “Something unique and powerful happens when Nate writes songs for the house. He’s such an anointed psalmist. The mission of our church is to make disciples of all the nations, so the thought that one of these home grown songs can make a theological and spiritual impact around the nation and possibly around the world makes me grin from ear to ear because it’s in direct fulfillment of the mission of our church.”

For free chord charts for “Christ Redeemer” go to:

To purchase “Christ Redeemer,” go to:

To listen to “Christ Redeemer,” go to: