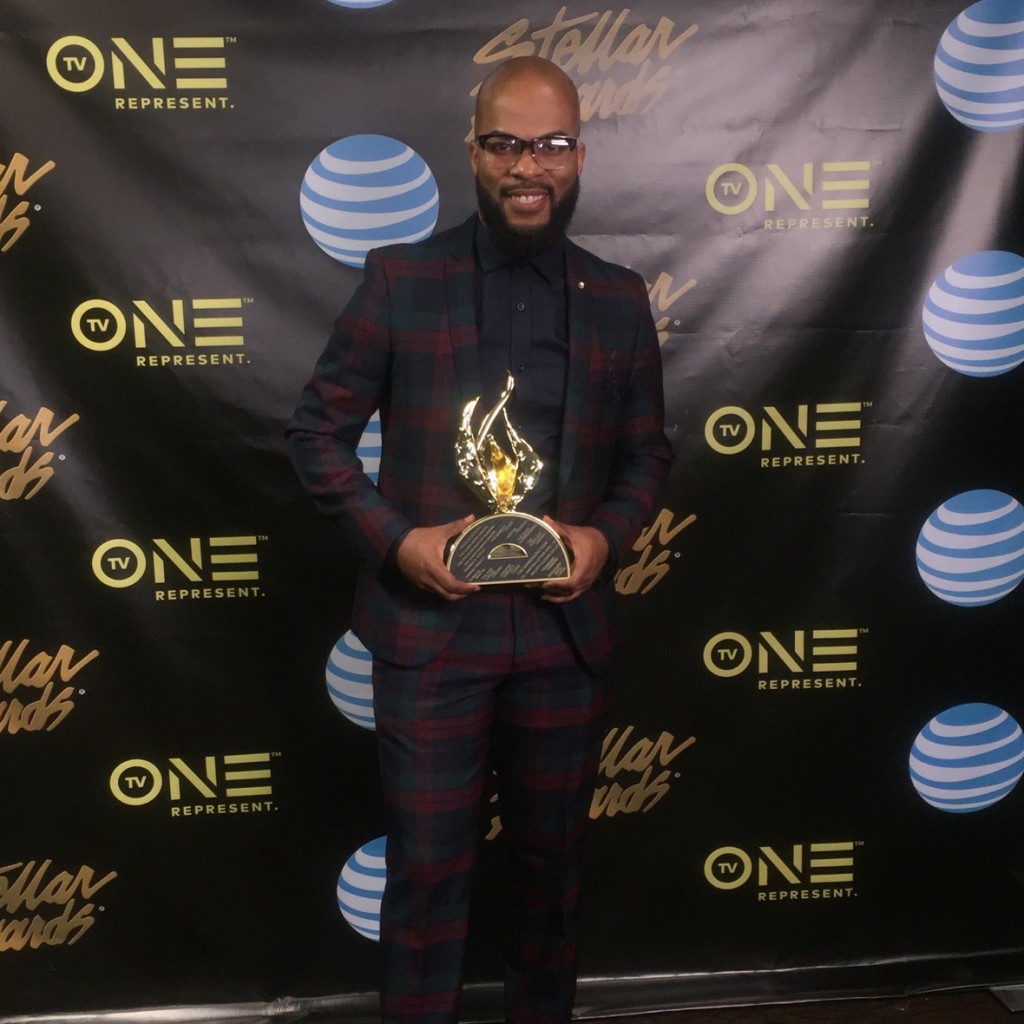 J.J. Hairston & Youthful Praise win their first-ever Stellar Award for Contemporary Choir of the Year for their chart-topping seventh album I SEE VICTORY (Light Records/eOne Music) that spawned three Top 15 radio hits with “Bless Me” featuring Donnie McClurkin (#3 peak), “It Pushed Me” (#13 peak) and the current single “You’re Mighty” which has spent three consecutive weeks in the Top 10 on Billboard’s Gospel Airplay chart sitting at #8 with +61 spins (week ending March 5). This marks the choir’s fifth Top 10 hit single of their career.

“It was such an honor to receive the Stellar Award for Contemporary Choir of the Year,” states JJ Hairston. “This record I SEE VICTORY was very personal for me. So for it to be recognized with the honor of a Stellar Award was extremely special”.

Phil Thornton, eOne Music Vice President and General Manager of Urban Inspirational says: “Congratulations to JJ Hairston & Youthful Praise on capturing their first Stellar Award! Their music and worship have been making an unparalleled impact in choir and Gospel for many years. It’s a great blessing to have I SEE VICTORY garnering such continued success!” J.J. was also honored and recognized at the seventh annual ASCAP Morning Glory Breakfast reception at the Mirage Hotel & Casino on February 20 in Las Vegas during Stellar Award weekend.

Known for its brand of exuberant, urban-tinged gospel and praise & worship songs, Youthful Praise is anchored by Hairston, who both directs the choir and writes most of its material. Formed in 1991 out of Turner’s Faith Temple in Bridgeport, CT, the choir was originally known as Teens of TFT, and released a debut album, Awesome God in 2001. Ever since Hairston found his footing, it’s been onward and upward for Youthful Praise. They have churned out hit after hit with each album since they surfaced on the music scene. Their 2004 project Thank You For The Change which featured a guest spot by Coko of the platinum-selling R&B Supergroup SWV kept the momentum going but it was 2005’s Live…The Praise, the Worship that sent the group to the upper echelon of the gospel world. The biggest hit from the project was “Incredible God, Incredible Praise” that reached #6 on Billboard’s Hot Gospel Songs chart.

Exalted, recorded live in Baltimore, was released on both CD and DVD in 2007 and Resting On His Promise releasing in 2009 which spawned two Top Ten radio smashes with its title-track and “Lord of All”. The choir also garnered a 2010 Soul Train Music Award nomination for Gospel Artist of the Year. Billboard #1 album After This, arrived in the spring of 2012 with the title-track single reaching the Top 10 and I See Victory following two years later in 2014 that debuted at #1 on Billboard’s Top Gospel Albums chart.

Catch JJ Hairston with singer/actress LeToya Luckett presenting the Song of the Year award on the 31st Annual Stellar Gospel Music Awards hosted by Rickey Smiley with co-host Sherri Shepherd airing on TV One on Sunday March 6, 2016 at 6 pm EST and broadcasting on 150 stations in 125 markets around the country from March 12th – April 10..