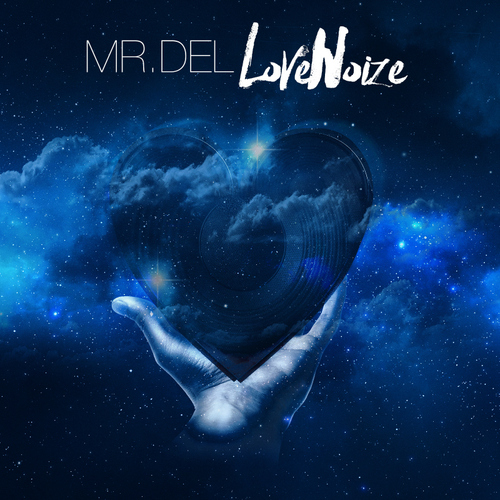 Mr. Del is poised to launch his ninth studio album, entitled Love Noize, on March 16, 2016. God’s anointed Hip Hop Apostle doesn’t disappoint as he continues to share the Word in a non-traditional way that draws young people closer to Christ. Described as the place where soul meets trap house music with a Gospel hip-hop twist, Love Noize will have listeners bobbing their heads while they receive messages about God’s love, self-love and loving others. The lyrics are strong enough to penetrate the soul, but edgy enough to catch the attention of young audiences everywhere.

Love Noize is the last album in Mr. Del’s Faith, Hope, Love album series. It was preceded by Faith Walka (2013) and Hope Dealer (2014). All three are built on the scripture found in 1 Corinthians 13:13. “And now these three remain: faith, hope and love. But the greatest of these is love.” The March 16th release date is also scriptural and was chosen to align with one of the most highly quoted verses of the Bible, John 3:16. This is the verse that tells us of God’s greatest gift to us, His only begotten son. Jesus was God’s ultimate gift of love. The day after the release, March 17th, Mr. Del will kick off his Faith, Hope, Love Tour at the highly anticipated SXSW Music Festival held each year in Austin, TX.

Love Noize will be released under Mr. Del’s independent music label, Dedicated Music Group. It contains 16 infectiously banging tracks and features long-time collaborator Gospel artist Canton Jones and Dedicated Music Group raptress Murk and songtress D. McGhee.  According to Mr. Del, this album is very personal. “Love Noize is a conceptual album. I call it the soundtrack to love. In each song, I’ve poured out the lessons I learned about love over the past 16 years. Loving someone the right way is a decision that must be made. It’s intentional. It’s spiritual. God has to be in it. It isn’t easy but in the end, when it’s true love, it’s worth it.”

He admits that Love Noize is quite different from most of the music being produced now. “I know soul and trap house music isn’t a common combination, but it works for this generation. I feel like love is still the number one thing people want and need. This album is a musical map of how it was meant to be,” adds Mr. Del.

Mr. Del’s non-traditional approach to Gospel continues to fill the need for a real hip-hop artist who is bold enough to proclaim the pure, uncut, unadulterated word of God. Fans will be able to purchase Love Noize from online music retail outlets as well as their favorite music store. For more information, visit www.mrdel.com.