Scarlet City Studios Launches The Aetherlight: Chronicles of the Resistance

“Great gaming is as much about great storytelling as it is about the gameplay itself,” says Carl Becker CEO of Scarlet City Studios. “We have taken the greatest story ever told – the story of the God of the Bible and His relationship with humanity – and built an allegorical world that is truly epic. Think The Chronicles of Narnia, or Ben Hur, or even Dave and the Giant Pickle! What this means is that the player’s experience is as deep as it is long – our hope is that this brand new expression of the biblical narrative will help them to see their own world, and their part in it, through new lenses – with greater hope and a richer sense of meaning.”

The Aetherlight: Chronicles of the Resistance will unfold over several chapters released every few months. In addition to the game, the Resistance Academy provides Bible study activities, exploring the stories, contexts and meanings of the Scriptures and challenging players to embrace the message of the Bible and to find ways to incorporate it into their daily lives. Analytical tools help parents keep abreast of how their child is progressing in the game and Resistance Academy, creating great opportunities to discuss matters of faith and life in a way players can grasp and enjoy.

The Aetherlight has recently been endorsed by the American Bible Society, who views the game as an innovative and authentic expression of the Bible narrative.

“There is a battle for the hearts and minds of young people… that’s why I’m excited about The Aetherlight,” says Roy Peterson, president and CEO of American Bible Society. “Through this gaming experience, we have a mechanism to get young people to engage with Scripture.”

Furthermore, to help players of The Aetherlight: Chronicles of the Resistance engage with Scripture, Tyndale House Publishers and Scarlet City Studios are partnering to create the first Bible designed for young gamers. The new Aetherlight companion Bible, themed around the new action-adventure game, will be a resource for players and help families build upon the bridge between the game’s allegory and the words of Scripture. The Bible is slated to release this summer.

The Aetherlight can be accessed online through a variety of purchasing options. The first episode is available for $12.99 with subsequent episodes priced at $15.99, or parents can choose to purchase a variety of packages with exclusive bonuses, including exciting behind-the-scenes access and the ability to design in-game content. 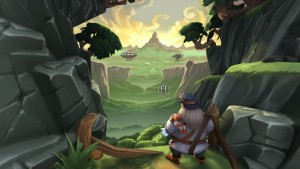 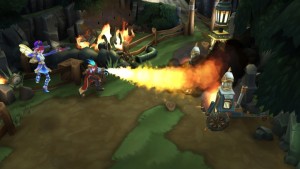 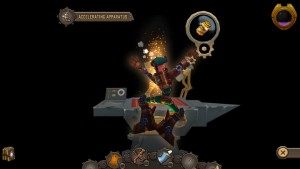 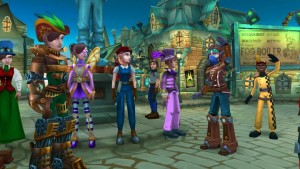 About The Aetherlight: Chronicles of the Resistance

In The Aetherlight: Chronicles of the Resistance, players join the Resistance and work with the mysterious Scarlet Man against the evil Usurper. Puzzle, quest and craft your way through a fantastic steampunk world that is ruled by the self-proclaimed Emperor’s Automatons and smothered by the poisonous fog. Craft new weapons and equipment to help you in the fight against the Automaton army. Explore the land of Aethasia in quests to restore what was stolen and corrupted when he seized control. Repower the Great Engines and help establish the Resistance as the hope of Aethasia. Work with your friends to uncover what happened to the Great Engineer. Fight in each other’s battles, share clues and tips to push back the fog in this role-playing adventure that puts you right in the middle of the Resistance’s fight for freedom.

Scarlet City Studios was established in 2012 with the sole intention of bridging the cultural, historical and pedagogical gap between the contemporary world of pre-teens and the world of the Bible by advancing biblical engagements through interactive media, learning frameworks and creative transmedia products. Scarlet City’s unique framework is based on the principles of faith, hope and love…telling great stories, nurturing genuine innovation and fostering real encounters. For more information, visit www.scarletcitystudios.com.