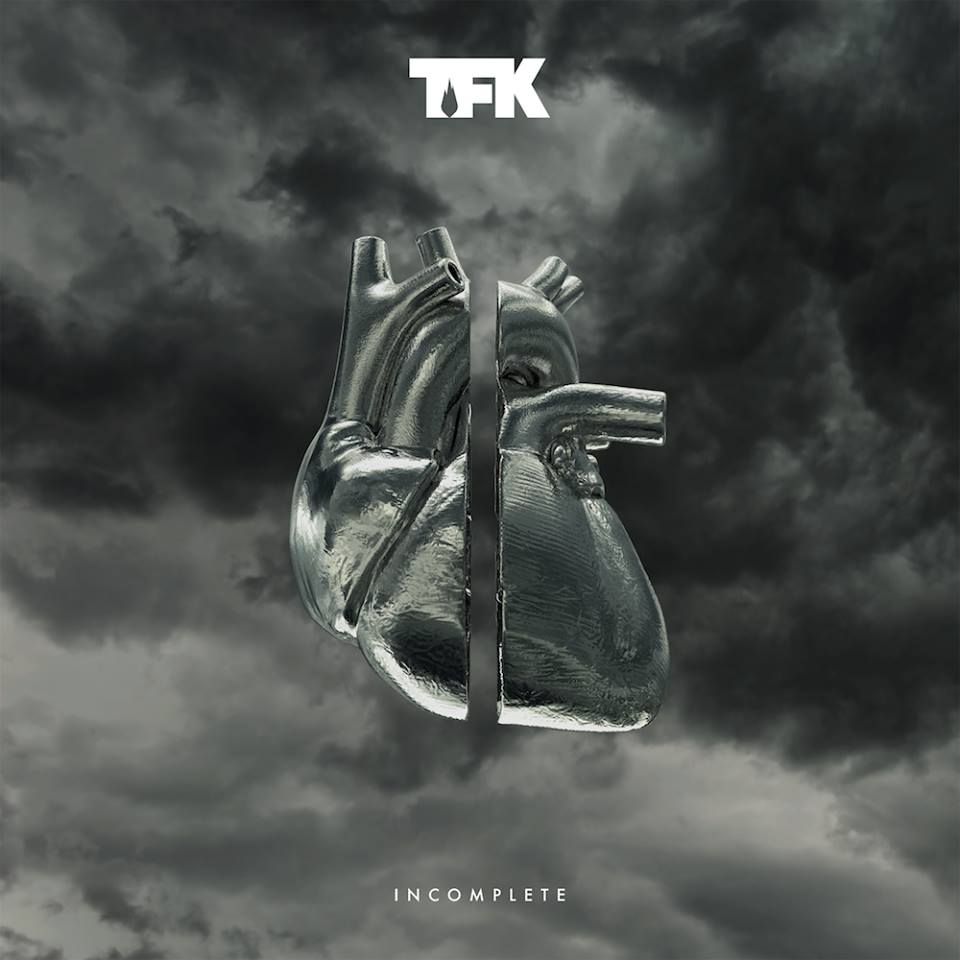 One of today’s best-loved, adrenaline-fused rock bands, THOUSAND FOOT KRUTCH (TFK), is beginning to loudly “exhale” after “inhaling” for the last year-and-a-half with its second consecutive Hard Rock No. 1 and Billboard Top 10 overall album, OXYGEN:INHALE. With TFK’s EXHALE slated to release in May, the band unveils its debut track from the new album, “Incomplete,” which went first to fans as a lyric video on Facebook and YouTube Feb. 1. Receiving over 100,000 views on YouTube in less than a week, “Incomplete” is available today (Feb. 12) from iTunes and Amazon.com.

“‘Incomplete’ started with a riff, and had that special energy a good driving song has— it made me want to hop in the car and take the freeway! It’s a song about our journeys in life, personally inspired by our journey as a band,” says TFK frontman, songwriter and guitarist, Trevor McNevan.

“No one sees behind the curtain in others’ lives; the sacrifices made, the obstacles faced, the mountains climbed, or the fear, faith and failure involved to stay the course,” continues McNevan. “This song says ‘we’re not perfect’ and that’s ok, we’re not expected to be, but we’ll fight tooth and nail for the truth we know and the journey that’s before us. The song has a charge to it, that opens up into this beautiful moment of honesty.”

As the curtain in front of the new album begins to open, TFK will premiere live its first radio single from EXHALE, during today’s 4th Annual RadioContraband Rock Radio Convention 2016 in Las Vegas. Headlining this evening’s concert at Vinyl at Hard Rock Hotel & Casino Las Vegas for this industry event, Thousand Foot Krutch has impacted Active Rock radio with six hits to their credit just since going independent in 2012, nine hits overall. The title of the new radio single will be announced publicly next week along with a radio broadcast premiere Sunday, Feb. 21. A debut of the song’s brand new concept music video will also be announced soon.

Inspired to create new music by its fans that the band members prefer to call friends and family, TFK has a relationship that goes both ways. Late last year, TFK delivered an unannounced free song download for a limited time as a Christmas present to all its fans and anyone who trekked to the band’s website, www.thousandfootkrutch.com. Tens of thousands of singles were downloaded of the track, “Born Again,” which may be again brought back for fans as a bonus track on EXHALE. The song can also be viewed as a lyric video now at https://www.youtube.com/watch?v=dTIZ7JgOhSg, where it has more than 150,000 views.

Taking the new songs and fan favorites on tour around the globe, TFK’s McNevan, along with bandmates, bassist Joel Bruyere and drummer Steve Augustine, will be featured on the Axes & Anchors Cruise (2/20) before jetting to Kiev, Ukraine (3/17) and hitting Minsk, Belarus (3/18) and Moscow (3/20) and Saint Petersburg (3/21), Russia. TFK will also be featured at many of the major US rock festivals this summer, including first-time mainstage performances to be announced soon. (See www.ThousandFootKrutch.com for the latest tour updates.)