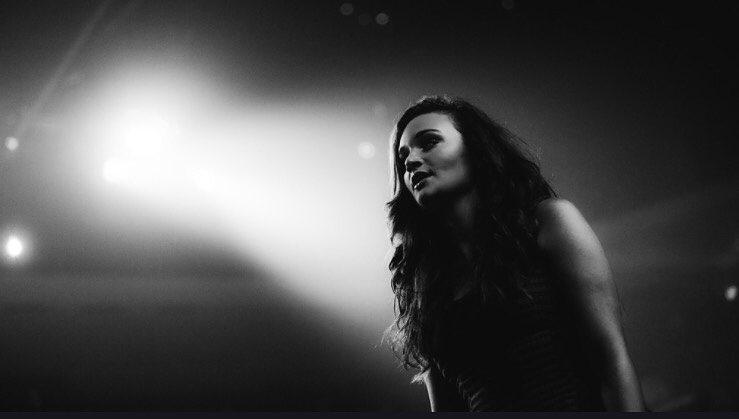 Gotee Records’ HOLLYN is continuing strong into the new year as her No. 1 single “Alone (feat. TRU)” spent nine weeks at the top of the Hot AC/ CHR chart. The single made Christian radio chart history last year with with 95 percent of the Hot AC/CHR panel adding the single out of the box. The single is also currently charting at AC Monitored and Indicator charts in the Top 25 as well as on the National Christian Audience chart in the Top 15. HOLLYN is currently charting with two singles on the NCA and Hot AC/CHR charts as she is featured on TobyMac’s “Backseat Driver.”

As she prepares to head out on the upcoming TobyMac Hits Deep tour next week, HOLLYN has been making radio visits and connecting with new fans. Recently she was one of NGEN’s Artist Exclusive interviews, listen to her full interview here, and last week she was part of JoyFM’s 15th Birthday Sofa Concert Series. In addition her EP is now currently available in retail exclusively at Lifeway Stores. HOLLYN’s music also crossed over the two million streams mark on Spotify this week – click on the links below to check out her EP and hit single.

ABOUT HOLLYN: Hailing from Ohio, raised in the church and on the Southern Gospel music greats, this American Idol alum has been working the past two years on her national debut. Hollyn has a style all her own and her new single is a perfect showcase of her talent.

Listeners were introduced to this vibrant young lady on TobyMac’s newest release with the songs “Lights Shine Bright” and “Backseat Driver,” which she is also a co-writer. As a songwriter, Hollyn co-wrote five of the six tracks on her debut EP. It also features two tracks “Hey Mama” and “Nothin’ On You,” which were produced by the GRAMMY-winning production team of COBRA (Dirty Rice and Joseph Prielzony), who produced two tracks on the award winning album, Anomaly, from Lecrae. It also features a cover of Lecrae’s Dove Award winning song, “All I Need Is You.”