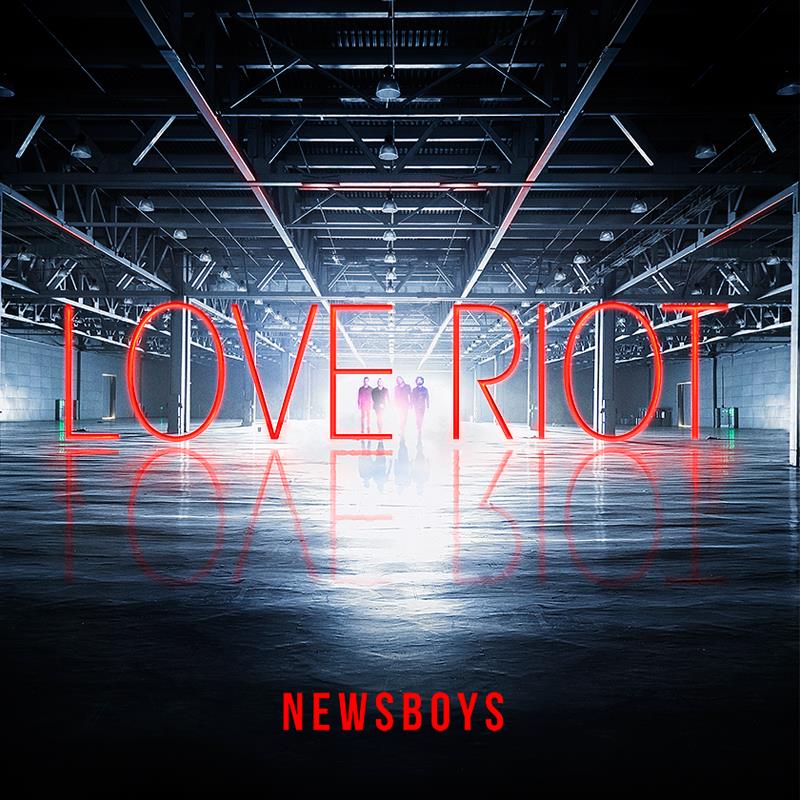 The project is highlighted by “Guilty,” the theme song of Pure Flix’s upcoming motion picture “God’s Not Dead 2,” also featured on the film’s official soundtrack releasing March 18 from FairTrade Services. Newsboys return to the big screen for an appearance in the movie, the sequel to Pure Flix’s 2014 hit “God’s Not Dead,” which was inspired by the band’s chart-topping, Platinum®-certified single of the same name.

Featuring 10 selections, Love Riot also showcases the title-cut, a call to reach the world with love; the worshipful “Hero”; and the adrenaline-pumping “Crazy,” an anthem inspiring believers to live radically for Christ, among other songs.

“When I speak from stage, I often talk about love,” says Newsboys frontman Michael Tait of the album’s inspiration. “Darkness has been so prevalent in our culture. Let’s have a love riot—it’s time.”

“It doesn’t work to get out there and point a finger,” drummer Duncan Phillips adds. “We want to impact the world with a straight and true message, and deliver it with all-encompassing love.”

Newsboys are currently performing selections from Love Riot as they headline the multi-artist 2016 Rock & Worship Roadshow, which kicked-off last week in Springfield, Missouri. The tour will visit a total of 28 cities before concluding March 20 in Mobile, Alabama. Additionally, the band hits the road later this spring for the final leg of their blockbuster “We Believe…God’s Not Dead” Tour. Sponsored by Feed the Children and IF 7:14, the tour will feature GRAMMY®-winning FairTrade Services recording artist Audio Adrenaline; Dove-nominated Curb recording artist OBB; and GRAMMY®-nominated Gotee singer/songwriter Ryan Stevenson.